“Telegraph”: Salah is a great player. He came at the “wrong time” 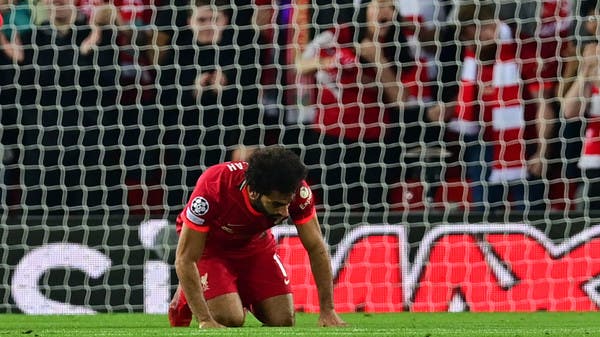 The British newspaper, “Telegraph”, believes that the Egyptian international, Mohamed Salah, is a great player, but at an “inappropriate” time, and that the great scorer has exhausted all his attempts to persuade the Liverpool administration to renew his contract, which expires in the summer of 2023, according to his terms.

And “Sam Wallace” said in an article published by the newspaper on Thursday: Salah lacks the factor of pressure on his club’s management, Real Madrid’s focus is on Mbappe, and Barcelona does not sign players with high salaries, and going to one of the two poles of Manchester will destroy the legacy he made at “Anfield”, Salah Great player, but he came at the wrong time.

He added: The time factor is not in favor of the player who will complete 30 years next June, meaning that he will reach 31 at the end of his current contract, and despite Klopp’s statements that Salah can perform wonderfully until the mid-thirties, this also does not convince the Liverpool management.

“Sam” confirmed that the Liverpool administration is happy with the passage of time, as this makes Salah wait for the pressure to increase on him, and that it does not want to cause economic problems for the club, in the event that Salah does not provide the technical levels expected of him.

The article explained that the Liverpool administration rejected the requests of former stars other than Salah, as the club did not offer the legend of the “Reds” Steven Gerrard the renewal for an additional year, a request that he has always insisted on.

Salah contributed to 25 goals for his team in the league this season, scoring 16 goals and providing 9 assists.