Temperatures are unlikely to drop for the next 5 days: Indian Meteorological Department 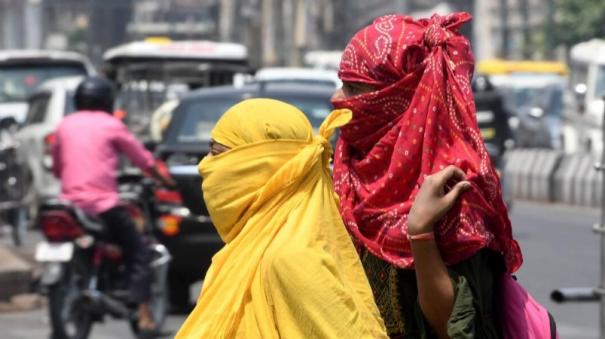 New Delhi: The Meteorological Department has forecast that the temperature will not drop for the next five days as severe heat is gripping most parts of the country.

The corona virus is threatening the country on the one hand and the summer sun on the other. In most parts of the country, the maximum temperature crossed 45 degrees Celsius yesterday.

In a statement issued yesterday, the Indian Meteorological Department (IMD) said, “The hot air will continue for the next 5 days in northwestern and central India and for the next 3 days in eastern India. The maximum temperature is likely to hover around 2 degrees Celsius in most parts of northwestern India for the next two days, ”it warned.

The IMD has also issued orange warnings for Rajasthan, Madhya Pradesh and Vidarbha in Maharashtra for the next four days.

According to meteorologists, the temperature in northwestern India could rise to 47 degrees Celsius.

Meteorologist Navneet Tahiya said, “At the end of April, the maximum temperature in Rajasthan was 45 degrees Celsius at Suru, Barmer, Bikaner and Sri Ganganagar.