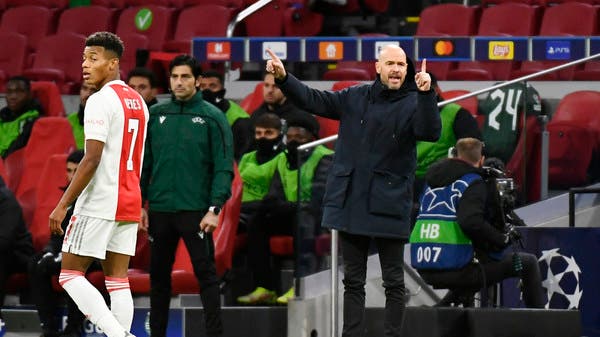 Ajax Amsterdam coach Eric Ten Hag confirmed that no opponent would enjoy facing his side in the Champions League round of 16 when the draw was made on Monday, after the Dutch champions won all six of their group matches.

Ajax achieved the full mark of success in Group C with a 4-2 home win over Sporting Lisbon on Tuesday and Sebastian Aller became the second player after Cristiano Ronaldo (in the 2017-2018 season) to score in all matches in the group stage.

After Liverpool won all their matches in their group this season, the European Union “UEFA” said that the number of teams that achieved the full mark in the history of the competition reached nine teams.

Ten Hag added: “It is difficult to win one match already, let alone six consecutive matches,” stressing that he will not watch the draw for the next round, we will see what happens and know in advance that the next confrontation will be difficult, but we have confidence.

Wass: We know that we can achieve something and no team will enjoy facing Ajax, but we must play with a good performance in the next round.