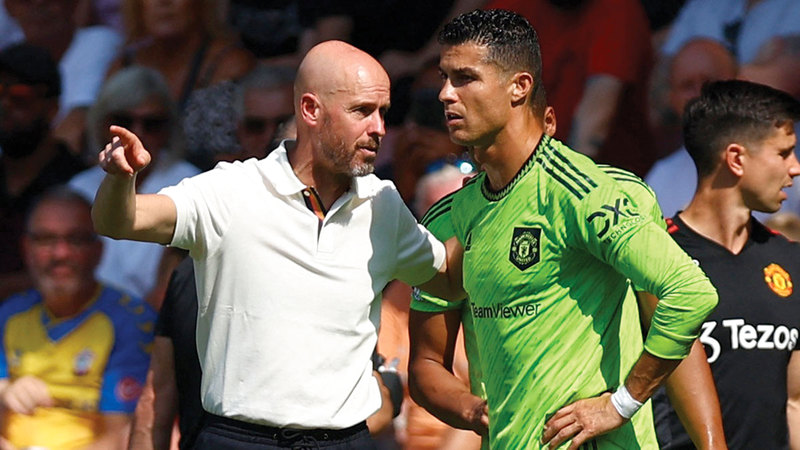 Dutch coach Erik Ten Hag hopes that Portuguese striker Cristiano Ronaldo will stay with the English club. There was strong news that Ronaldo was about to leave Manchester United, before the end of the summer transfer period next Thursday, and move to a club that competes in the Champions League.

Ronaldo was again left out of Manchester’s starting line-up during the match that he won against Southampton with a goal without a response the day before yesterday. “We played with him, so we want him to continue, that’s what we want, I hope so,” Ten Hag was quoted by British news agency BA Media as saying.

When asked about his satisfaction with Manchester not signing a new striker, he said: “We have Cristiano Ronaldo, we have Antoti Martial, we have Marcus Rashford, so we are fine.” “I think it’s good for him (Ronaldo) to know the identity of the Premier League, it’s a different model,” he said.