Tendulkar is the ‘non-striker’ in gully cricket – sharing Nichols’ video 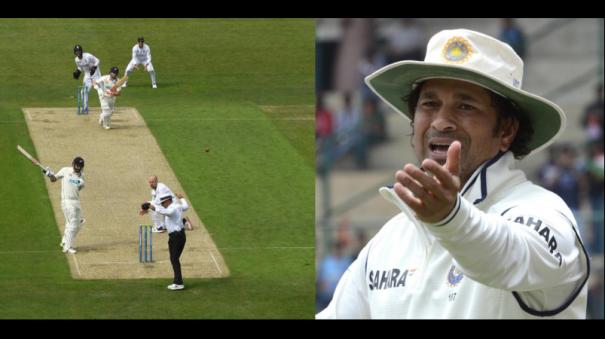 Mumbai: Sachin Tendulkar has said, “If this had happened in cricket, we would have declared the non-striker out.” Tendulkar has shared a video of New Zealand’s Henry Nichols losing his wicket in a bizarre manner.

New Zealand and England play Test cricket at the cricket ground in Hettingley. New Zealand were all out for 329 in the first innings. Currently England have lost six wickets and scored over 200 runs. Henry Nichols was strangely out when New Zealand batted. It is now the talk of the town. Former Indian cricketer Sachin Tendulkar has shared the video.

“If this had happened in gully cricket, we would have declared myself a non-striker,” said Sachin. Nichols faced 99 balls and scored 19 runs. He was playing the original Test innings. The England bowlers stumbled unable to get him out. That’s when it happened.

How did Nichols get out? England’s Leach bowled the 56th over of the first innings in which New Zealand played. Nichols bowled the second ball of the over in the straight direction. But unexpectedly the ball took refuge in the hands of the silk straight fielder at Mitchell Battle who was playing at the non-striker end. He was subsequently declared out. However everyone watching the match, including the England and New Zealand players, was at first a little unaware of how he got out. It was only later in the video re-play that he learned how he got out.