Tension and alertness between Ukraine and Russia .. and Kiev will “pay the price” 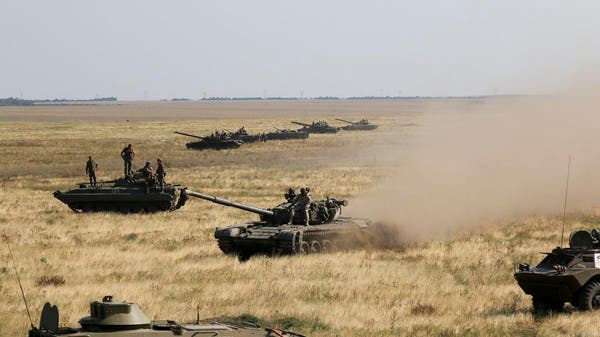 In light of the ongoing tensions between Ukraine and Russia, and amid international fears of Moscow launching a military operation, the Ukrainian army on Thursday carried out exercises in the disputed eastern region of Donetsk with Moscow.

Kiev warned Moscow against invading the country, saying it would “pay a heavy price” for any such attempt.

Ukrainian Foreign Minister Dmytro Kuleba told reporters today that it is difficult to guess what is going on in the mind of Russian President Vladimir Putin, but at the same time stressed that his country is ready to do everything to deter the Kremlin.

Raise the state of alert

On Wednesday, Russia conducted military exercises in the Black Sea, south of Ukraine, declaring that it needed to enhance the combat readiness of its conventional and nuclear forces due to the increased activity of NATO near its borders.

Meanwhile, Kiev, whose ally Washington has said it believes it may be subject to a Russian invasion, has also conducted exercises near the border with Belarus.

Ukrainian forces carried out what they described as a “special operation”, which included drone exercises and military maneuvers for anti-tank units and airborne forces.

Meanwhile, the Interfax news agency reported that several Russian planes and ships trained to repel air attacks on naval bases, as well as respond with air strikes during the military exercises held yesterday in the Black Sea.

This increase in military activity on both sides comes after weeks of escalating tension that increased the risk of a war between the two neighbors, although Russia denies the existence of any aggressive intentions on its part, while Western intelligence sources confirmed to Reuters that they do not expect any imminent invasion.

The United States and NATO had demonstrated their support for Ukraine in ways that Moscow considered provocative, including naval exercises this month (November) in the Black Sea and the delivery of a batch of American patrol boats to the Ukrainian Navy.

It is noteworthy that the Ukrainian army has been engaged in a conflict since 2014 against separatists loyal to Moscow in two regions on the Russian border, after the latter annexed the Crimea.

Kiev and its Western allies often accuse Moscow of sending troops and weapons across the border in support of the separatists, which the Kremlin has consistently denied.