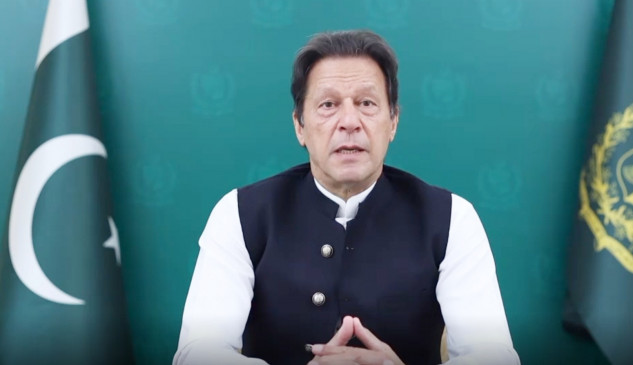 Digital Desk, Kabul. Pakistan Prime Minister Imran Khan has stepped in to de-escalate tensions in the wake of rising tensions between the Taliban regime and Tajikistan in Afghanistan. Prime Minister Imran Khan had a telephone conversation with the President of Tajikistan, Emomali Rahmon, today, the Prime Minister’s Office said in a statement on Saturday. Tajik forces held parades in areas bordering Afghanistan last week and the Taliban sent thousands of fighters to the border with Afghanistan’s northeastern neighbour, Dawn news reported.

Tajikistan has taken a tough stand on the Taliban regime and criticized its human rights violations, especially in Panjshir province. On 18 September, Khan announced on his return from the Shanghai Cooperation Organization summit in Tajikistan that he was persuading the Taliban to form an inclusive government involving people of other ethnicities. On this occasion, he made a special mention of his conversation with President Emomali.

In an interview last week, Afghan Deputy Prime Minister Abdul Salam Hanafi said, “We will not allow any neighboring country to interfere in Afghanistan’s internal affairs.” Tajiks are the second largest ethnic population in Afghanistan and they make up about 27 percent of Afghanistan’s population. Meanwhile, most groups opposing the Taliban have taken refuge in Tajikistan.