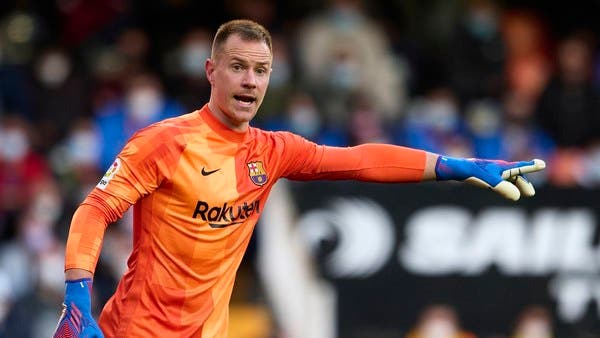 Flick explained on the German Football Association website, that after an open and very comprehensive discussion with the coach, Ter Stegen decided to replace Manuel Neuer, Bayern Munich, to take a real break before next season.

The former Bayern Munich coach recalled that: Mark is one of the best goalkeepers in the world. However, due to injuries, he has not been able to take advantage of the summer breaks to recharge for the past two years.

He added: “Given the upcoming Qatar World Cup in November, we have agreed that a normal break from playing and training is important and reasonable this year.”

The 30-year-old goalkeeper, for his part, said he is still very happy to be part of the national team.

Ter Stegen, who has participated in 28 international matches, added: “But after three intense seasons without a summer holiday between them, I am happy that the national coach agrees with me that I need this rest and that he supports me in this process.”

Germany is scheduled to meet European champions Italy on the fourth of June in Bologna, before the matches of England in Munich and Hungary in Budapest on the seventh and eleventh of the same month.

The return match against Italy is scheduled for June 14 in Mönchengladbach, with the other two matches against England and Hungary in September.