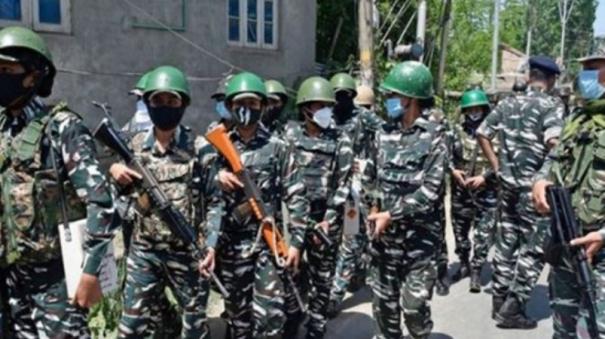 New Delhi: In the wake of the recent twin terror attacks in Jammu and Kashmir, the Union Home Ministry has ordered an additional 18 companies of paramilitary forces to be sent to the state.

After these incidents, a protest was held to besiege the Governor’s House. A large number of people including Tangiri villagers participated in this. At that time, they raised slogans that they were in a state of insecurity and that the central government should immediately ensure their security.

In this context, the Union Home Ministry has ordered to send 18 additional paramilitary forces to strengthen security in Jammu and Kashmir. It has been reported that there will be a total of 1,800 soldiers and they will carry out intensive surveillance work in areas full of security threats.