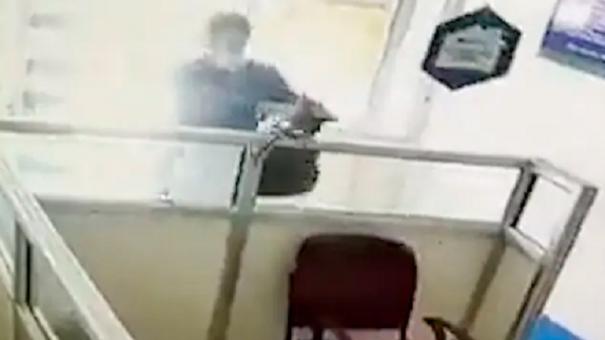 Srinagar: The militant who assassinated the last 2nd bank manager in Kashmir has been shot dead. Another militant was shot dead along with him.

Elaki Dehati Bank has a branch in Are Are Mohanbora, Gulkham District, Jammu & Kashmir. On the 2nd, a militant entered the bank branch, shot the manager Vijaykumar and fled. Vijaykumar succumbed to his injuries on the way to the hospital.

A native of Hanumangarh district in Rajasthan, he had just joined the branch. A brick kiln worker from Bihar was killed on the same day as his assassination.

#ShopianEncounterUpdate: One of the killed #terrorists has been identified as Jan Mohd Lone of #Shopian. Besides other #terror crimes, he was involved in the recent killing of Vijay Kumar, Bank manager on 2/6/22 in #Kulgam district: IGP Kashmir@JmuKmrPolice https://t.co/ltyIDWSGQj

These incidents caused great repercussions. Kashmiri Pandits fought down the roads. They said the government should guarantee their lives. They also said they wanted to relocate to Jammu.

Meanwhile, security forces received a tip-off that militants were hiding in Kashmir’s Sobhan district. Based on that information, 2 militants were killed in an encounter this morning. One of them is identified as Jan Mohammad Lone from Sofian district. It has also been established that the militant was the person who shot the bank manager. The identity of another militant who was shot dead has not yet been determined. But both are members of the Lashkar-e-Taiba militant group.