Terschelling under the spell of cranberry harvest: ‘Nicely sour and bitter, with a strong taste’ 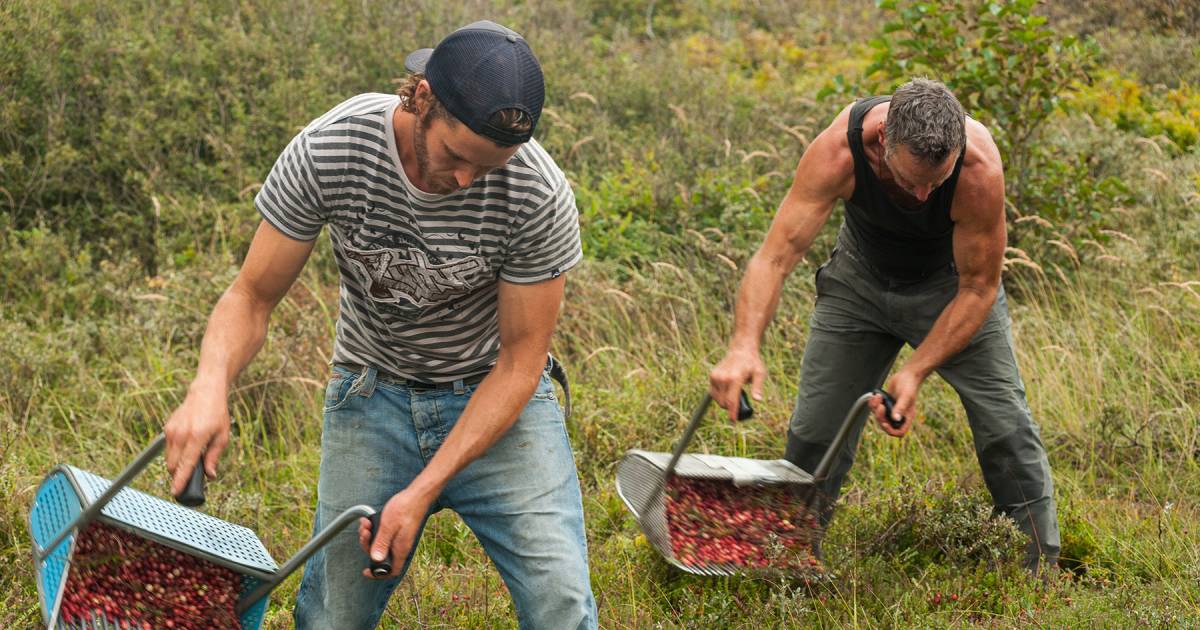 Since this week, twenty islanders on Terschelling have been carrying dozens of kilos of sour cranberries on their shoulders every day. The harvest is in full swing. And how. The quality is top this year.

,,My cranberry feeling? In mid-August it already starts to itch, because then the harvest is coming. The tension is how much we get out of it and what that means operationally,” says director Hans van Keulen of Cranberry Terschelling, from the windswept dunes of Koegelwick. He is in the middle of Terschelling, about 250 meters from the sea and surrounded by hard-working pickers, all of them. born and raised on the Wadden Island itself.

About 80,000 kilos of cranberries will leave the island this year. A lot less than in 2021 (300,000 kilos), but that is often after a good year. Yet it is beyond expectations. ,,We had a week of frost in December, followed by hard rains until mid-May and then a lot of sun. Ideal. They are very nice large red berries. They are nice and sour and bitter, with a strong taste,” says Van Keulen.

With a burlap sack on the shoulder

It is hard work for the islanders. Three women and seventeen men pick cranberries by hand in the dunes across the island every day. They collect them in a special picking tray, after which the berries disappear in large bags. “If you can walk from the dunes to the car with forty kilos of berries in a jute bag on your shoulders, then you are really cut from a certain kind of wood,” explains Van Keulen with admiration.

The berries are then weighed, dried and freed from twigs and leaves. What follows is a trip to the mainland in the Frisian Harlingen. Once processed, you will find the fresh fruit in jam, syrup, tea, juice and even cosmetics.

Rum and berries on board

The fact that Terschelling is home to so many cranberries has its origins around 1800. American and Canadian merchant ships sailed along the Wadden Islands on their way to Scandinavia, among other places. At that time, quite a few ships were wrecked. “These ships had two things on board: barrels of rum for boating pleasure and barrels of cranberries for scurvy. In a shipwreck, tons of cranberries arrived on Terschelling,” says Van Keulen.

Open to the public

Beachcombers – incidentally more interested in the washed up rum – emptied the barrels on the spot and took it with them. The freshwater lakes took care of the lost cranberries and ensured their distribution. And so the dunes of Terschelling grew full of the sour fruit.

The neighbors on Ameland and Vlieland also know cranberries, but they have to make do with much, much less compared to Terschelling. The idea is that the harvest will last until October 15, so that the island can then be opened up to cranberry tourism towards the autumn holidays. Then the public can pick the remaining cranberries on the windy Wadden Island.

A special spectacle earlier this year on Terschelling: