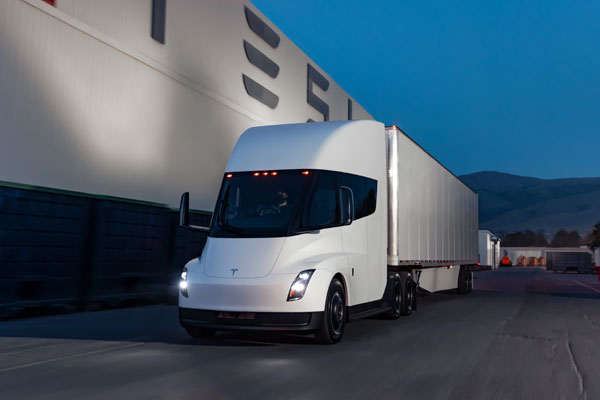 
San Francisco. Tesla CEO Elon Musk launched the long-delayed electric semi truck during a virtual event on Friday. Tesla claims its semi trucks have the power of any diesel truck on the road, the ability to go up to 500 miles, and engineers test the vehicles in a variety of harsh conditions to maximize reliability and durability.

“The Semi has the same tri-motor system and carbon-sleeved rotors as the Plaid. One unit for efficiency and two acceleration units for torque,” Tesla said in a tweet.

Musk said that the company’s team completed an 800-kilometer drive with the semi truck, which weighed 81,000 pounds, in a single charge.

“It looks sick,” Musk said on the program.

He said, “You want to drive her. I mean, it looks like it came from the future.”

He later described Semi as a beast.

The truck concept was first unveiled in 2017 and production was to begin in 2019. But it was delayed due to various reasons, such as the COVID-19 pandemic and global parts shortage.

Last month, Tesla began production of the Semi that will be the first to reach Pepsi facilities.

Pepsi ordered 100 cm trucks in December 2017, a month after the announcement.