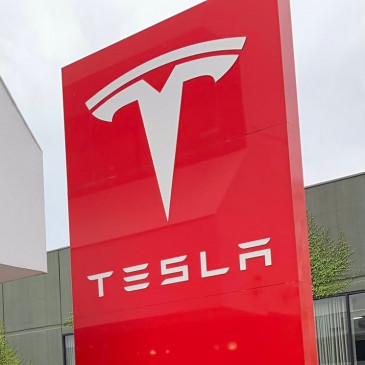 digital desk,San Francisco. Electric vehicle company Tesla has been ordered by a federal court to pay approximately $137 million in damages to a former employee who was allegedly accused of racist abuse, discrimination and harassment at the company’s plant in Fremont, California. had to face.

According to the Washington Post, Owen Diaz, an elevator operator who worked for the company between June 2015 and May 2016, sued the carmaker, accusing him of creating a hostile environment and racial harassment, saying racist words were used daily for him at the factory. where his son Demetric has also worked.

Diaz, from the black community, alleged in the initial lawsuit that workers continued to be subjected to racist harassment and that supervisors took no action.

According to the New York Times, Diaz’s attorney Lawrence Organ of the California Civil Rights Law Group said, “It’s great that black people working at one of the richest corporations in America are outraged at the disgusting conditions they face.” Is.

The jury also asked Tesla to pay an additional $60.9 million to Diaz, who suffered emotional distress.

Diaz said, it took four years to reach this point. It feels like a huge weight has been lifted off my shoulders.

Diaz said a supervisor and other aides repeatedly used racial slurs against her.

She said derogatory cartoon pictures of black children were placed around the factory. Employees scratched out a racial adjective written in a bathroom stall and made a swastika sign. Despite repeated complaints, the company did not take any action on such behaviour.

Meanwhile, Tesla Vice President Valerie Kepers Workman said in an internal email late Monday that the company later downplayed the allegations in the lawsuit in a blog post on its website.