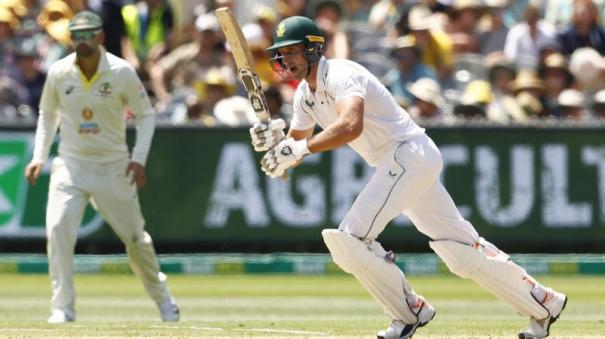 Sydney: South African player Theunis de Bruyne has been ruled out of the Test series against Australia.

The South African cricket team is touring Australia and playing a 3-match Test series. Australia have won the first 2 Tests and lead the series 2-0. Meanwhile, the third and final Test will begin on January 4 at the Sydney Stadium.

South Africa’s De Bruyne, who recently played in the second Test in Melbourne, has pulled out of the Sydney Test due to his wife’s first delivery.

It is expected that van der Dusen or wicketkeeper Henrich Klaasen will be chosen instead of De Bruyne in the Sydney Test match.