Tevez is a strong candidate to coach Argentine Rosario 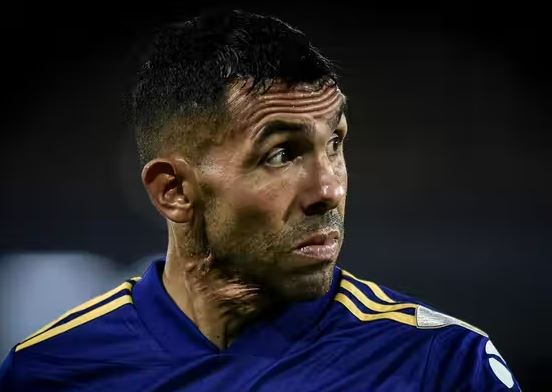 Carlos Tevez could get his first coaching position with Argentine side Rosario Central, with the club’s vice president aiming to appoint the former striker next week. Tevez, a former Manchester United, Manchester City and Juventus player, announced his retirement last month at the age of 38, and Tevez attributed the reason for refusing offers he received to continue playing due to the death of his father.

The former striker played his last game in 2021 with Boca Juniors, which marked the beginning of his football career, but may return to his homeland for a training space after Rosario Central, the four-times Argentine champion, confirmed his ambition to appoint Tevez.

“The club’s board of directors has approved a proposal put forward by Tevez’s body, and we are moving forward with the negotiations,” club vice-president Riccardo Carloni told TYC Sports.

He added, “We will discuss this over the weekend. The proposal has been approved by the council. The idea is that if all goes well, he can take office on Tuesday.”

Meanwhile, goalkeeper Gaspar Servio was excited about the prospect of working under Tevez, telling TNT: “For me, it’s something special that Carlos Tevez is coming here.”

He added, “If he comes here, the group of players will support him to death. I hope he comes. He has a lot of experience as a player, and we are all ready to learn and help the team.”