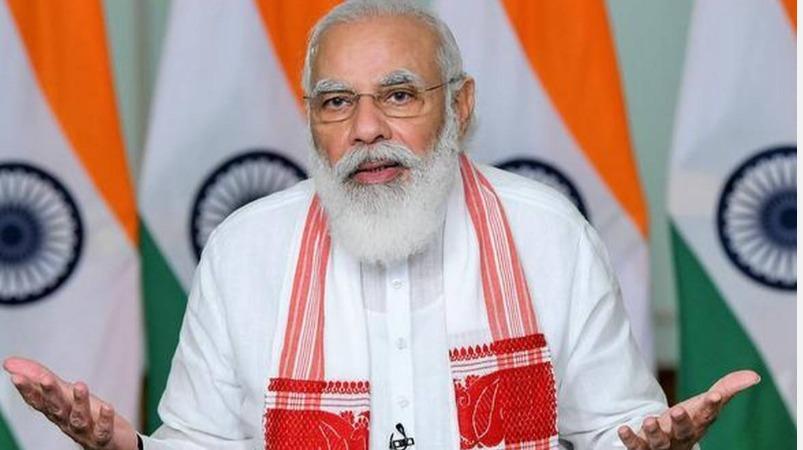 To the people of Gujarat following the BJP’s landslide victory in the Gujarat municipal elections Prime Minister Modi Said.

Votes cast in the local body elections for 6 corporations have been counted since this morning. The BJP has been leading in many wards since its inception.

Out of a total of 576 wards, the ruling BJP has won 409 wards. The opposition Congress has won only 33 wards. Other parties are leading in 31 seats.

In the Ahmedabad municipal elections, the BJP won 101 of the total 192 seats, the Congress 15 and the other party one.

Out of a total of 52 seats in the Bhavnagar constituency, the BJP has won 31 seats and the Congress 5 seats.

In the Jamnagar municipal polls, the BJP has won 43 wards out of a total of 64 seats, the Congress 6 wards and other parties 3 seats.

The BJP has won 68 of the 72 wards in Rajkot. Congress did not win anywhere.

The BJP has won 93 of the 120 wards in Surat. The opposition Congress did not win anywhere. Aam Aadmi Party, which contested for the first time, has won in 27 wards.

The BJP has won 69 wards out of a total of 76 in Vadodara. Congress has won in only 7 wards.

” Thank you so much Gujarat! The people have given a great victory in the corporation elections held across the state. It shows the confidence that people have in good governance and development politics. People have high hopes for the BJP again. They have given me the opportunity to serve Gujarat. ”

Smoke occurred in the Sberbank office in Gorno-Altaysk

In the Ryazan region, a train knocked down a man to death

Uganda announces the return of the “missing” weightlifter

Belgium is waiting for the condition of Hazard and De Bruyne

'Akshara' is a movie made by mega fans .. It is my responsibility to support: Sai Dharam Tej