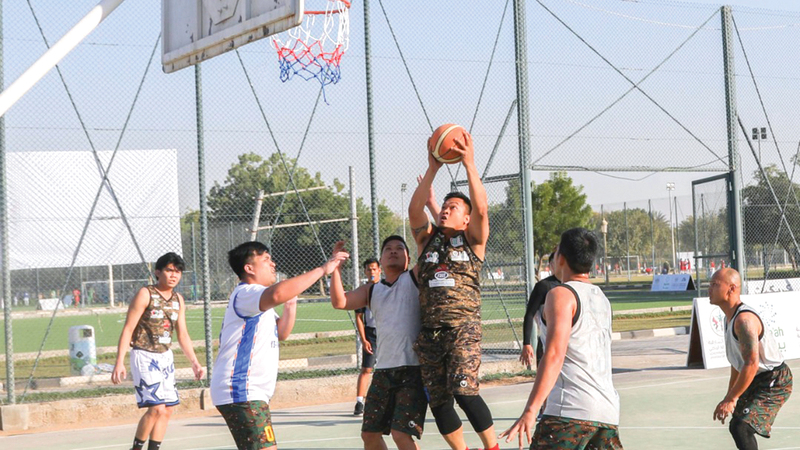 The Sharjah Labor Standards Development Authority announced yesterday the launch of the fifth edition of the “Sharjah Labor Sports Championship”, from January 7 to March 25, and the matches will be held every Friday at the stadiums of Sharjah National Park, opposite Sharjah International Airport, from 7 am to It’s 5:30 pm. The authority is organizing the tournament in cooperation with the Sharjah Sports Council, the Sharjah Sports Club, and the company “Rich Target” for sports services, and it was announced that a sixth game will be added to the tournament, which is Badel Tennis.

A press release said: “The idea of ​​the tournament is to hold sports competitions between many labor teams in six sports, where the number of participating players is expected to reach about 2500 players, distributed among 195 teams, as follows: 40 teams for each of the football, cricket and padel games. Tennis, which will be added for the first time, 25 basketball teams, and 20 volleyball and hockey teams, and the teams will be divided into groups, and the first and second from each group will be chosen to play in the final rounds.

For his part, Head of the Sharjah Labor Standards Development Authority Salem Al Qaseer said: “This tournament is the first of its kind in the country, and we also seek through it to devote the idea of ​​teamwork, on which sports are based, to enhance cooperation and build bridges of acquaintance between workers and employers. ».