The 90’s stars: The national team is on the cusp of a historic opportunity.. We are optimistic about the Australia match 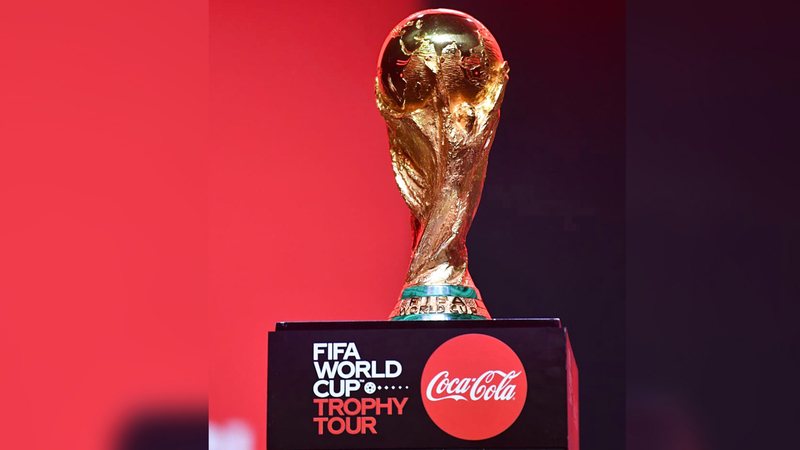 The former national team stars, who participated in the World Cup in Italy in 1990, expressed their optimism about Al-Abyad’s ability to overcome Australia’s obstacle on the seventh of next July in Qatar, within the Asian play-off qualifying for the 2022 World Cup, noting their great confidence in the ability of Al-Abyad players to reach the World Cup, For the second time in the history of Emirates football.

They told “Emirates Today”, during their participation yesterday in the celebration of the launch of the 2022 World Cup trip from Dubai, which was held in the “Coca-Cola Marina” hall in Dubai before arriving at its last stop in Qatar, which is hosting the tournament: “The atmosphere of this celebration is distinguished by the presence of the two stars of the Brazilian national teams And the former Spain, Ricardo Kaka and Iker Casillas, reminded us of the atmosphere of our presence with the national team in the World Cup 90, and we hope that the players of the team will repeat this scene by reaching the next World Cup.”

The former national team player in the World Cup 90, Abdul Rahman Mohammed, confirmed that the team players can achieve the desired goal of reaching the 2022 World Cup, just as they were in the World Cup in Italy, indicating that he hopes that this participation will be repeated for the second time in the history of UAE football.

Abdul Rahman Mohammed expressed his happiness that the start of the World Cup trip around the world will be from Dubai, pointing out that the festive atmosphere that was held in Dubai yesterday reminded him of the arrival of the UAE national team to the World Cup “Italy 90”, and the participation of the UAE in this tournament, noting that the most important thing He was stuck in his memory of that tournament during the team’s first match against Colombia, when the UAE flag fluttered in the sky of the tournament in this great global forum, and the country’s national anthem was played among the peoples of the world, indicating that he hoped that this wonderful national scene would be repeated through the presence of the team in The next tournament is in Doha, after he renewed his hope of reaching the World Cup by playing the qualifying playoff match for the tournament against Australia.

“All the best for the team in its next match against Australia, and to skip this match to meet the Peruvian team in the last leg,” Abdul Rahman Mohamed said.

Khaled Ismail added: “The task may be difficult, and nothing comes easily, but there must be difficulties.” He called on the players of the national team to fight during their upcoming match against Australia, stressing that things bode well, and that he is optimistic about the team’s arrival in the World Cup.

He continued, “If the team does not reach the World Cup at this time, it is difficult to build another team for the next stage.”

In response to a question about the festive atmosphere of the launch of the World Cup trip around the world from Dubai, Khaled Ismail said: “This sweet and beautiful atmosphere reminded me of the days of the national team’s qualification in the World Cup in Italy in 90 about 32 years ago,” considering that if a football player does not reach the World Cup, He does not feel his value as a player, pointing out that he still remembers the great media impetus that accompanied the national team’s presence in Italy in the 90’s, noting that they felt at that time their value as players in the UAE national team.

Abdel-Qader Hassan stressed that “with the end of the league, the players of the national team will have reached the stage of complete physical and technical readiness before facing Australia,” noting that “this match needs a spirit of determination and determination on the part of the players.”