The Affairs of the Two Holy Mosques: All capabilities have been harnessed for pilgrims 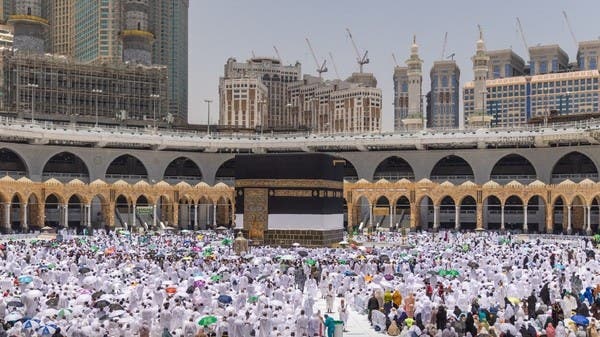 The presidency also continues its efforts to provide blessed Zamzam water, as it distributes more than 2 million Zamzam packages daily, and more than (25,000) Zamzam water containers distributed throughout the Grand Mosque, and operates 2500 mashrabiyas in the third northern expansion, and secures the funeral chapel and magnifiers with Zamzam packages, and follow-up Distributing containers in the courtyard, with more than (50) random samples examined daily from different locations of the blessed Zamzam water inside the Grand Mosque to ensure its safety.

Organizing and caring for pilgrims

Disinfection and sterilization of the Grand Mosque

The Presidency uses more than (840) equipment and machines to purify and sterilize the Grand Mosque, and it is also working to follow up on environmental prevention and infection control operations by equipping several teams working to sterilize the mosque’s sides and its outer courtyards. ) an ordinary car and about (3000) electric carts, with the carts being sterilized before and after use. The agency also placed monitors on 150 doors of the Grand Mosque’s doors, to receive pilgrims and direct them to the places designated for them, and to organize entry and exit operations.

On the side of the third Saudi expansion, the Presidency provided it with all the necessary services, including Zamzam water, air conditioning, Quran, sound system, lighting systems, operating several toilets, in addition to operating a number of escalators, where the Presidency’s staff worked directly with the entry and exit of worshipers, ensuring their safety and guiding them. To the spaces designated for performing prayers and maintaining the organization of walkways and corridors with the participation of the competent authorities in accordance with the plans prepared in advance to facilitate the movement of those coming to the northern expansion with ease and ease.

Automatic sterilization throughout the Grand Mosque

The Presidency of the Affairs of the Grand Mosque and the Prophet’s Mosque also employs more than 500 engineering cadres to maintain its operational, electrical, cooling and audio systems to ensure their quality during Hajj, around the clock, in addition to preparing scientific programs and awareness lessons based on a constellation of senior scholars, imams and teachers of the Grand Mosque. It is concerned with answering the questioners, providing fatwas and correcting the recitation, in a way that contributes to enriching the experience of those who visit the Grand Mosque, as all the services of the Presidency, its scientific lessons and its orientation lectures are translated into 10 international languages. provided by the Presidency to shed light on the historical dimension of the Two Holy Mosques, as well as the Presidency’s preparation of specialized media materials in cooperation with the Saudi Ministry of Information, to highlight the Kingdom’s efforts, and to educate the pilgrims and pilgrims and introduce them to the various services provided for them in the Two Holy Mosques.

The Presidency has laid more than 25,000 carpets in the Grand Mosque, made of high-quality, luxurious green Saudi carpets, so that worshipers can perform their worship with reverence and tranquility.