The Agni Path is a pioneering project; Changes in it will be considered if necessary: ​​Deputy Commander of the Army 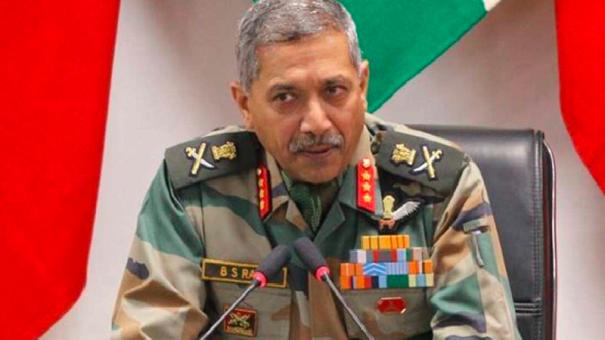 The Agni Path is a pioneering project; Deputy Army Commander BS Raju said changes would be considered if necessary.

The ‘Agni Path’ project, which will serve 4 years on a contract basis in the Army, Navy and Air Force, was announced on the 16th. There have been a series of protests in the north against the new plan. In this context, the Indian Army yesterday issued a notification for the selection of soldiers for the Agni Path project.

Commenting on the new plan, Army Deputy Commander BS Raju said, “The Agni Path project is a pioneering project. It has brought about a fundamental change in the recruitment process. This change should be welcomed and accepted by all. Whatever the recruitment, the required changes will be considered and implemented after 4 years. For now, we have come up with a new plan. Our aim is to implement it.

More cash benefits: Agni warrior will receive a salary of Rs.11.72 lakh during his tenure. Seva will receive Rs.11.71 lakh as fund after completion of the work. These are not subject to income tax. In addition, he can show a collateral of Rs 24 lakh available to him and they can get a loan of Rs 18 lakh.
Also, there will be plenty of jobs for Agni soldiers after 4 years. That is why it was decided that the pension standard is not required.

The 25% of soldiers who will be reinstated in the Army will be recruited on the basis of their ability. Each Agni Path Warrior is a fighter and can improve their skills in many technologies such as Signal Engineer, EME.

Veterans who pass Class 10 at the end of 4 years will receive a Class 12 Certificate of Merit at the time of joining the service. Get the National Skills Qualification Certificate. These certificates will put him in the next position. He can read even if he wants to read further. He is trained to deal with any situation. He may be an entrepreneur. Join the work anywhere else. But after the age of 21, they are fighting for only one government job. At the age of 21 you can learn various education.

10 per cent reservation in the Central Reserve Force for Agni soldiers. Announcements such as reservations made by the Border Security Force and the Defense Public Sector were not made at all to appease the youth. All of these were announced by various security organizations to promote the Agni Path project.

Proper training will be provided under the Agni Path project. If a person is trained in the automotive department then by the time he completes those four years he will be well trained to start a workshop on his own. “