The Algerian Federation: “FIFA” did not decide on the complaint against the Cameroon match 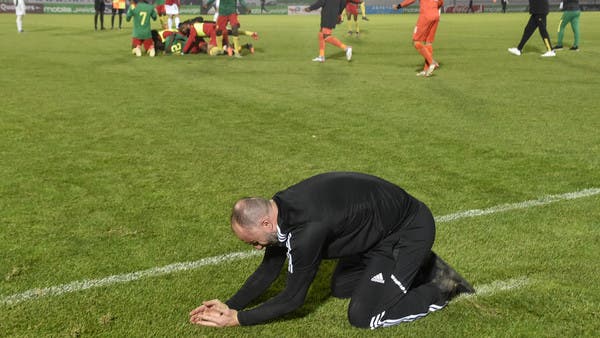 On Tuesday, the Algerian Football Federation denied rumors about the rejection of the International Federation (FIFA) of its grievance regarding the second leg of the decisive stage qualifying for the 2022 World Cup against Cameroon.

Algeria lodged a protest claiming an arbitration injustice against Cameroon, and local reports stated that it wanted to replay the match after it failed to reach the finals, but FIFA decided to fine Algeria 3,000 francs for throwing bodies and setting off fireworks during the match that was held in Blida last March.

The Algerian Federation said in a statement on its Twitter account: “The financial penalty is correct and we have known about it for more than a week, but FIFA has not yet decided on the complaint we submitted regarding this match.” The disciplinary offense related to incidents that occurred during the match between Algeria and Cameroon. We acknowledge these mistakes and hope that they will not be repeated and that we do not see such behavior in our stadiums. But our main request has not yet been decided upon and the file is still with the jury.

The Algerian Federation complained of arbitrary violations against the first team from Gambian referee Bakary Gassama in the return match that was held at Mustafa Chaker Stadium in Blida.

In a separate statement, the Algerian Federation condemned the mockery of the Cameroonian media against Djamel Belmadi, the coach of the first team.

The federation hoped that wise people in the two countries and in the continent of Africa would intervene to return things to normal between Algeria and Cameroon after the crisis caused by the decisive confrontation that qualifies for the World Cup in Qatar.