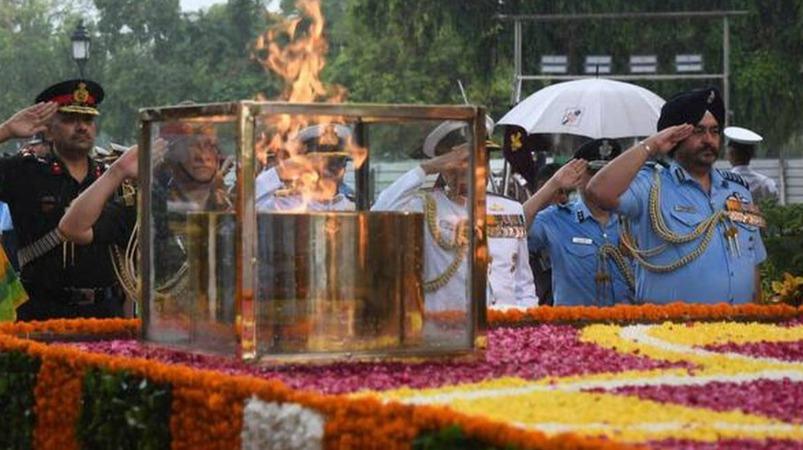 India Gate, designed by Sir Edwin Lutyens. It was last opened by Lord Irwin on February 12, 1931. The India Gate was erected to commemorate the 70,000 soldiers who died in the First World War from 1914 to 1921.

Now celebrating the 50th anniversary of the war, it has been reported that Amar Jawan Jyoti will be reunited at the newly created National War Memorial.

Former Congress leader Rahul Gandhi had condemned this. He said, “We will re-light the Amar Jawan torch, which has been lit for 50 years. Some people do not understand patriotism and sacrifice. ”

In this case Amar Jawan in relation to the torch Central government Has provided the explanation. It says: