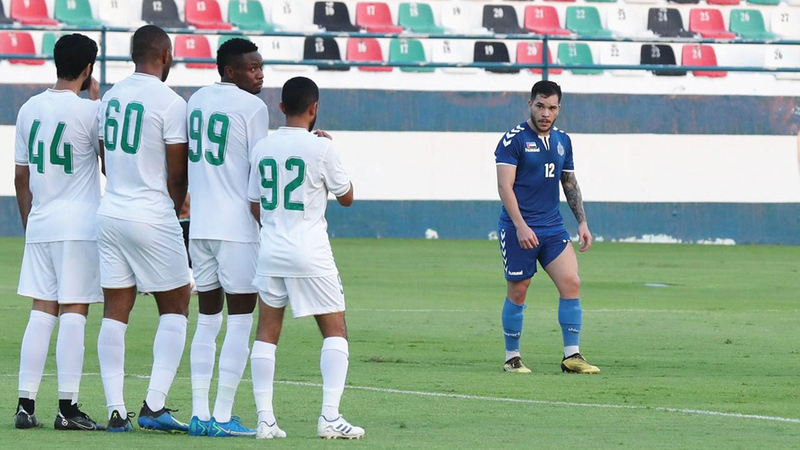 Today, at 17:40 pm, the first-class football season, in which 17 teams are participating, will start at 17:40. Hatta and Al-Uruba will launch the first round competitions, while the Emirates team will meet “City” and Fujairah with Masafi at the same time.

The current season is distinguished from previous seasons in that it is the first season to be held with the participation of 17 teams, and the relegation and ascent system will be applied at the end of the current season again after it was suspended last season, and the number of new teams in the competition increased with the joining of the Hispania and Baynunah teams, in addition to the “Siti” teams. And “Gulf FC” from last season.

The timing of the championship matches published on the official website of the Football Association revealed that the majority of the league rounds will be held over three days (Friday, Saturday and Sunday) of each week, and not as it was usual for two days, which gives a better opportunity for the public to attend the matches, as well as television transmission and technical and physical aspects. .

It is noteworthy that Dibba Al-Fujairah and Al-Bataeh clubs won the first and second places last season in the First Division, while Al-Orouba and the Emirates occupied the last two places in the ADNOC Professional League and returned to participate in the First Division.

Hatta’s confrontation with Arabism is the summit of the first day of the first round of competitions, where the two teams have high technical capabilities of foreign players, citizens, residents and the technical staff, where Hatta trains the North Macedonian Gojica while the Arabs coaches the Serbian Boniak, and the two high achievers, which gives them abundant chances. To rise and participate in the next season of the ADNOC Pro League.

The match between Dibba Al-Hisn and Al-Arabi, who ranked third and fourth in the league standings last season, also comes to the fore. Al-Arabi is led by Moroccan coach Badr Al-Din Al-Idrissi, who succeeded in keeping Al-Dhafra in the limelight, while Dibba Al-Hisn is trained by the citizen coach Mohammed bin Halyoun, who has outstanding experience in the division First.

“Emirates Al-Youm” learned that the television broadcast will be present in the first rounds of the current season, whose timing will not conflict with the timing of the matches of the ADNOC Professional League, and that the Dibba Al-Hisn match with Al-Arabi, which will be held tomorrow, is likely to be televised so that it will be the first match to be broadcast in the current season.