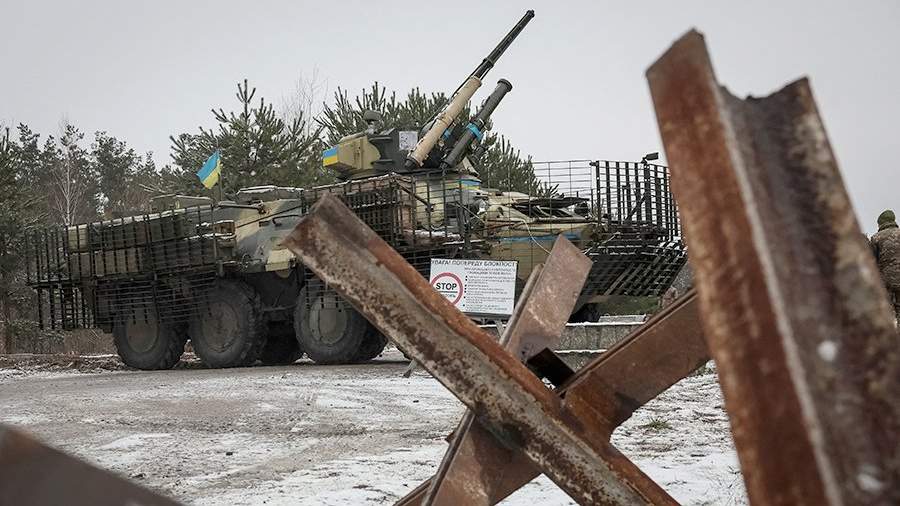 Kyiv withdrew part of the troops to the north of the country to the border of Ukraine with Belarus. This was announced on January 12 by the Ukrainian ambassador to London, Vadym Prystaiko.

Thus, the diplomat commented on the British journalist’s question whether Ukraine is concerned about the situation on the Belarusian border.

“We have to keep troops in northern Ukraine, pull them away from the front line, to make sure that they don’t come and try to cut the line that allows us to be connected with the West,” Sky News quoted Prystaiko as saying.

Earlier Thursday, the head of the Rivne region of Ukraine, Vitaliy Koval, said that defensive fortifications had begun to be erected in the region. The region is located on the border with Belarus. Koval also added that the citizens of the region on a voluntary basis help the military to dig trenches and build defensive structures.

On Thursday, a commission of the Russian Defense Ministry checked the quality of the combat coordination of the regional group of troops in Belarus.

On December 11, Chief of the General Staff of the Armed Forces of Belarus, First Deputy Minister of Defense Viktor Gulevich said that Minsk was most concerned about the border with Ukraine. According to him, the border service of the republic fixes the violation of the border between the two countries from the Ukrainian side.

A month earlier, the Minister of Defense of Belarus, Lieutenant General Viktor Khrenin, said that the tasks of the allied regional grouping of troops of Russia and Belarus are purely defensive. According to Khrenin, at the present time, the parties are gradually carrying out a number of measures aimed at proactive readiness and response to the situation along the perimeter of the borders of the Union State.