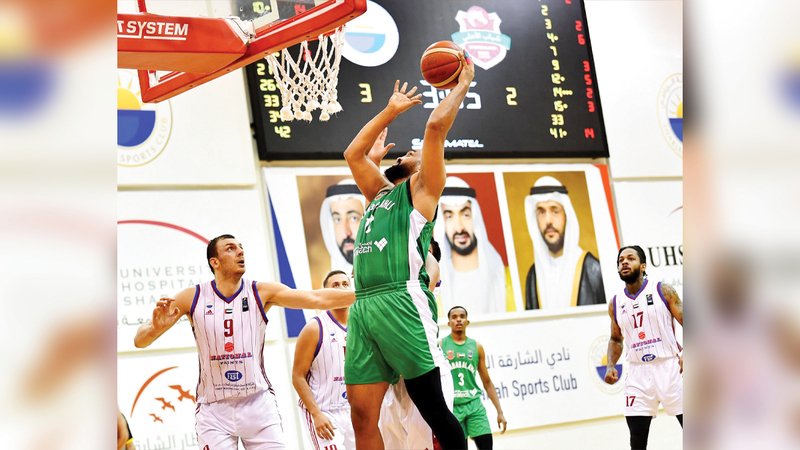 The curtain falls this evening on the preliminary round in the General Basketball League competition, with three matches for the 14th and final round: The first begins at seven with Sharjah as a guest of Al-Ahly youth in Al-Mamzar Hall in Dubai, and follows at seven and a quarter with Al-Dhafra and its host Al-Wasl, and victory against Al-Wahda on Al Jazira Club Hall, in a tour during which the “king” and “the brigadier general” share the ambition to snatch again the direct qualification cards to the semi-final round, and accompany the “Dubai Knights” to the golden square. The Sharjah and Al-Nasr teams enter the closing round, and they are joint in the overall standings, with 19 points each, two points behind the leaders, Shabab Al-Ahly. The task of the “King” seems difficult compared to the “Brigadier”, based on the technical level and the strength of the performance of the competitors, especially since the preliminary first-leg confrontations last November smiled in the face of victory after its broad victory over Al-Wehda (107-73), and Sharjah stumbled by losing at home to ” Knights of Dubai » (92-96).

In turn, Al Dhafra, bottom of the standings with 11 points, is looking for an honorable victory after officially leaving the tournament, especially as it is three points behind Al Wahda in sixth place, and five points behind Al Bataeh in fifth place.

On the other side, Al Wasl is looking for reaching point 19, and confirming its eligibility in fourth place, and the “Emperor” relies on its fortunes on the strength of its players’ performance, which led it to victory over Al Dhafra with a score (89-70).