The Arab Cup..a new dress and an expanded participation in a World Cup suit 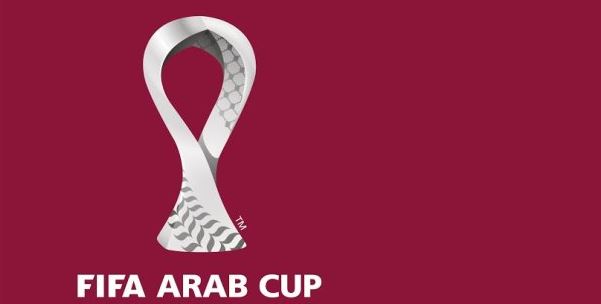 The Arab Football Cup will return to its new look, starting from the 30th of this month, after an absence of nine years, with sixteen Qatari teams hosting six of the eight World Cup stadiums. For the first time, the tournament will be held under the umbrella of the International Federation (FIFA), in finals that will serve as a mini-rehearsal for the World Cup, which the small, gas-rich Gulf state will host at the end of 2022 for the first time in the Middle East.

In the tenth edition that ends on December 18, similar to the World Cup, the teams were divided into four groups, after some of the lowest ranked teams participated in the qualifiers, with the champion and runner-up qualifying for the quarter-finals. The matches will be held at Al Bayt Stadiums (official opening and final), Ahmed Bin Ali, Al Janoub, Al Thumama, Education City and 974.
While the participation of teams varies between the first row and Olympic players, Qatar intends to win the title on its soil for the first time in its history, in order to reconcile its fans after its recent disappointments in the European qualifiers for the World Cup, where it participated as a visiting team. The 2019 Asian champion, who gained great experience by participating in the Copa America and the CONCACAF Gold Cup, fell into a group that includes Iraq, whose Dutch coach Dick Advocaat announced his resignation a few days before the tournament, after his chances of the World Cup qualifiers dwindled. The group also includes the Sultanate of Oman and Bahrain to carry a Gulf flavor.

“What I fear frankly is the great sensitivity of the first group competitions. All matches will be like derby confrontations. Overcoming the group will be the key to continuing a successful journey,” former Qatar player Mohamed Mubarak Al-Mohannadi told AFP.

Alternate teams
The most prominent Arab stars are absent from the tournament, especially Africans associated with their European clubs, such as the Egyptian Mohamed Salah, the Algerian Riyad Mahrez, the Tunisian Wahbi Khazri or the Moroccan goalkeeper Yassin Bounou. In the second group, Tunisia is looking for a second title after the opening in 1963, by facing two teams that suffer in the final round of the World Cup qualifiers in Asia: the UAE and Syria, while Mauritania completes the group contract after its recent revival and reaching the African finals twice in a row.

The Moroccan team is competing in the third group with an alternate squad, similar to the last version that held its title, in the absence of several stars, including striker Ayoub Al Kaabi, the best player in the African Nations Cup for local players 2018, who won the title in the style of 2020.

To Jordan and its Palestinian neighbor, the Saudi team will participate in this group, with a reserve team absent from the French coach, Herve Renard, who entrusted the task to his compatriot Laurent Bonadi.

“I preferred to play a supervisory role over the players participating in the Arab Cup in order to monitor them closely and see their professionalism, and I previously did that with the Moroccan national team when it participated in the African Cup for Locals,” said Renard, who is leading the “Green Falcons” steadily towards the 2022 World Cup. The fourth is witnessing a confrontation between the Algerian Olympic and Egypt led by its new Portuguese coach, Carlos Queiroz, who is competing without his professionals in Europe, similar to Salah, the Liverpool star, and Mohamed Elneny, the Arsenal player. The Lebanese and Sudanese teams complete the group.

Starting from Lebanon
The idea of ​​organizing the Arab Cup and separating it from the football competition in Arab sports tournaments was launched in 1957 from Lebanon by journalist Nassif Majdalani and Secretary General of the Football Association Izzat al-Turk. The Lebanese Federation called for a meeting held in Beirut in September 1962, in the presence of representatives of the Arab local federations, and decided to launch the Arab Cup for national teams, with the Lebanese capital hosting the first session the following year.

Many Arab federations welcomed the idea until it was decided to launch it from Beirut, where the tournament was born between March 31 and April 7, 1963, with the participation of 5 teams, namely Tunisia, which won the title, Syria, Kuwait, Jordan and host Lebanon. And in the midst of holding the championship intermittently without regularity, Iraq dominated the title, crowning the years 1964, 1966, 1985 and 1988.

Egypt put an end to the “Lions of Mesopotamia” series by crowning it in 1992, before Saudi Arabia won the 1998 and 2002 titles, while Morocco joined the list of winners in the last 2012 edition with an alternate squad. The Arab championships followed, but without fixed dates, until the Arab Game Federation decided that the tournament would be held similar to the continental and international championships once every four years. However, its establishment was faltered several times due to the teams’ apologies for conflicting dates with other tournaments, while some teams were participating in their Olympic teams or in the youth category in order to avoid the apology for not participating.