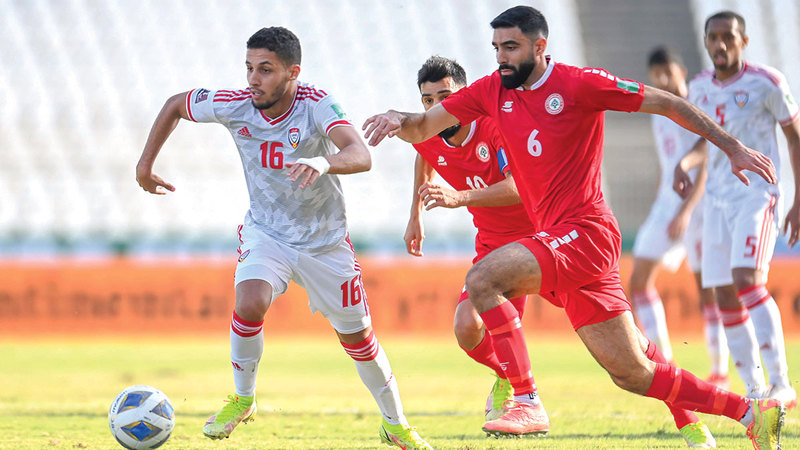 Mansour Al-Sindi À Dubai, athletes and technical analysts considered that “the participation of the national football team in the upcoming Arab Cup from 30th to 18th December is a good opportunity to prepare for its remaining matches in the decisive round of the Asian qualifiers for the 2022 World Cup,” noting that The importance of playing the tournament in order to compete for the title, with the main players, and not in the second row.” The team plays in Group B, which includes Tunisia, Syria and Mauritania.

And they told «Emirates Today» that the coach of the team, Marvik, is required to achieve the maximum technical benefit from the Arab Cup, especially in terms of stability on the list and the basic line-up and preparing the team as required for decisive and very important matches in the World Cup qualifiers, and until the errors and negatives that accompanied the matches are addressed. previous.

The team occupies third place in the first group in the World Cup qualifiers, with six points, and has four matches left, through which it seeks to secure the third qualified place in an indirect way, as it must seize six points from the Iraq and Syria matches, and search for any other points in the matches Iran and Korea. According to the Arab Cup program, the team will launch its 30 matches against Syria, then face Mauritania on the third of next month, and Tunisia on the sixth of next December.

And the former coach of the team, Dr. Abdullah Misfer, said: “It is very important for the team to settle on the list and squad, especially after the return of the injured players and the follow-up of all players closely.” He continued, “There is no excuse for the coach in the process of selecting players and preparing the team and preparing it for the next period,” noting that the tournament provides an ideal opportunity to prepare Al-Abyad for the play-off matches in the World Cup qualifiers.

For his part, assistant coach of Khorfakkan and coach of the former Olympic team, Abdul Majeed Al-Nimr, stressed the importance of the team entering the Arab Cup as a contender for the title.

Abdul Majeed Al-Nimr continued, “If the team in the Arab Cup goes beyond the preliminary round, this will be enough to prepare it for the World Cup qualifiers, as it will play strong matches. And if he gets out of the first round, he has to play one or two friendly matches against strong teams to settle on the squad.”

Al-Nimr said that the competition for the third place in the World Cup qualifiers is available to the team, after the victory over Lebanon, although it was not as required. On the possibility of giving Tigali a greater opportunity to play and make a difference in the team, he said: “The data indicate that the team’s performance during the last Lebanon match improved after the entry of Tigali, and he received a penalty kick from which the team scored the only winning goal in the qualifiers.”

In turn, a member of the Board of Directors of Dibba Al-Fujairah Club, director of the first team, Juma Al-Abdouli, confirmed that “the team must enter the Arab Cup in order to compete for the title and not just participate,” stressing the importance of technical benefit by strong friction with the championship teams. He said, “The team has important matches in the World Cup qualifiers that it must win, so participating in the Arab Cup with the basics is very important to achieve the maximum technical benefit.”

• «Al-Abyad» plays in the second group of the Arab Cup, which includes the teams of Syria, Mauritania and Tunisia.

• The tournament will be held between the 30th of this month and the 18th of December.