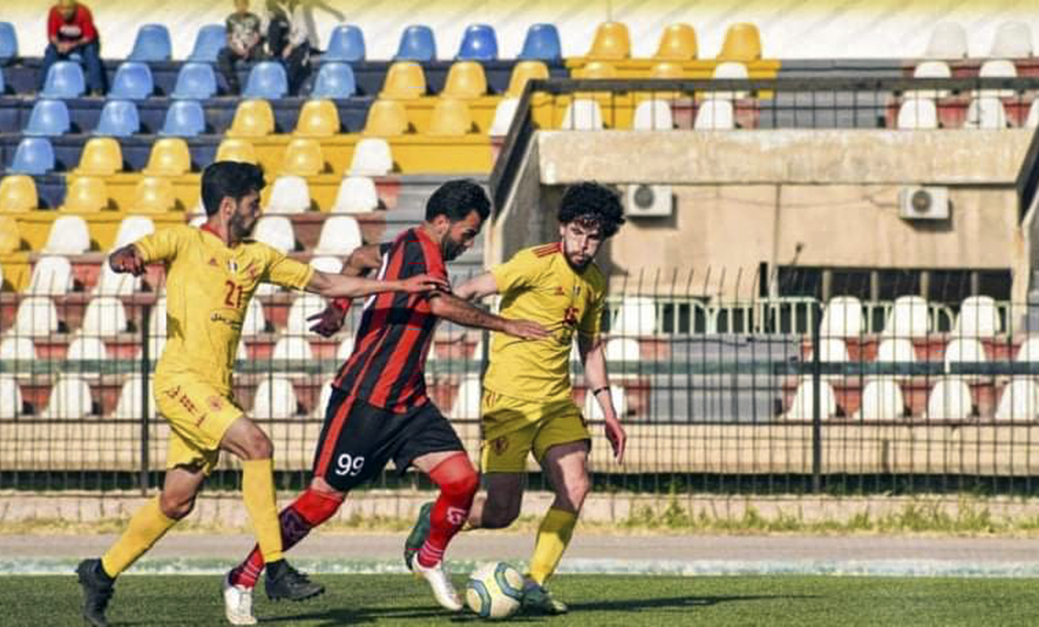 The Army team achieved a broad victory over the Syrian league champion for the current season, Tishreen team, with a score of “4-1”, in a match that brought them together yesterday at Al-Jalaa Stadium in the Syrian capital, Damascus, for the 25th and penultimate round of the tournament, which also recorded a repeat of the same result in Al-Wathba defeated its guest Afrin in a meeting held at Khaled Ibn Al-Waleed Stadium in Homs.

The army team spoiled Tishreen’s joy by winning the league championship title for the third time in a row and the fifth in the history of “Al-Baha” in a match in which the army scored the league’s top scorer Muhammad Al-Waked “two goals”, Muhammad Al-Bari and Zakaria Hanan, while Tishreen’s goal was scored by Naim Ghazal.

The round started last Thursday, with five matches, during which the police team succeeded in reviving its hopes of staying in the Premier League after its victory over Al-Talia “2-1”, after Hattin was satisfied with a positive tie with its guest Al-Wahda “1-1”, and the same result appeared in Jableh tied with Al-Nawair, before Al-Ahly of Aleppo (formerly Al-Ittihad) settled its guest Al-Karamah match, with Al-Ahly Aleppo winning by a clean goal.

Tishreen’s balance froze before the final round at 59 points, followed by Al-Wathba with 55 points, then Al-Jaish third with 46 points, and Al-Wehda fourth with 39 points, a point difference from Al-Ahly of Aleppo, fifth in the ranking, to share Fatwa and Jablah sixth place with 33 points each, a difference of two points Al-Tale’a was ranked eighth, and Al-Karama remained ninth with a score of 32.

And Hittin became required to win in the last round against Al-Harjala to ensure his survival in the Premier League, after the result of Hittin’s tie with Al-Wahda kept him in tenth place with 31 points, a point difference from Al-Police in 11th place, especially since the police will go next Saturday to a difficult confrontation against its host Jableh. .
Al-Harjala team, despite its wide victory over Al-Fatwa, joined the teams officially deposited in the league of lights and relegated to the first division, with Al-Harjala remaining in 12th place with 27 points, 13 points behind Al-Nawair, 13th place, and Afrin continued its series of defeats, bottom of the ranking and 14th place with four points. .