The arrest of former Barcelona star Dani Alves in Spain 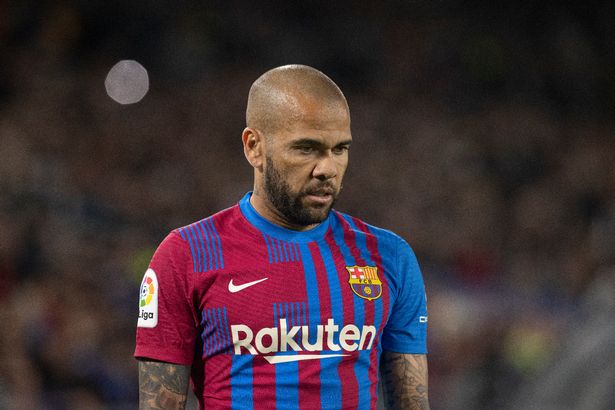 Former Brazilian international defender Dani Alves was detained in Barcelona today, on the background of an investigation into suspected sexual assault, according to the Catalan regional police. A spokesman for the Catalan police told AFP, “He came this morning to the police station in Les Corts,” a neighborhood of Barcelona, ​​where he “was summoned. He was arrested on his way” to the Court of Justice in Barcelona. According to a judicial source, a judge is scheduled to hear him.

And a court in Barcelona announced on the 10th of this month that it had “opened an investigation into an alleged sexual assault crime after a complaint filed by a woman against a football player,” without mentioning the player’s name. While an informed source confirmed to AFP that this accusation affects Alves. And the regional police determined that the woman who filed a complaint on January 2 accuses the 39-year-old of touching her inappropriately. According to local press, the alleged incidents took place in a famous nightclub in Barcelona on the night of 30-31 December.

For his part, Alves denied, in a letter sent to the Spanish channel “Antena 3” on the fifth of this month, any criminal behavior and said that he did not know the complainant. “I was there, in that place with a lot of people having fun. Everyone knows I like to dance and have a good time but without violating other people’s privacy,” he added. The Barcelona and Juventus defender, and the former French Paris Saint-Germain, spent a few days vacation in Catalonia after participating in the Qatar World Cup with the Brazilian national team, where he became the oldest player to defend the colors of “Seleção” in the finals, and before returning to his current club, Pumas Onam, Mexico.