The arrest of the Mufhat, who caused the injury of a teacher and the death of her two daughters 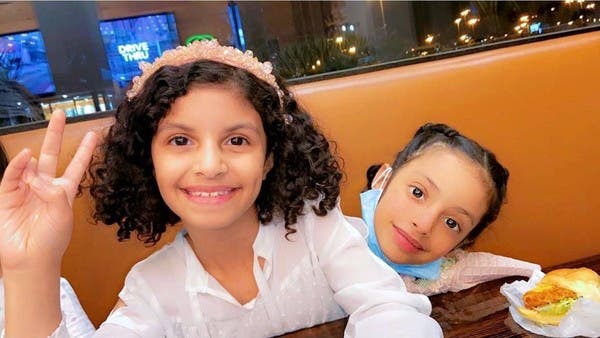 Between the painful memories of the two girls “Jana and Lynn” who left life, after each of them left their mark, their memories and their childhood feelings in trust with their grandfather, who pulsates for them with feelings of love and nostalgia, Grandfather “Mohammed Al-Nawfal” sighs with heartbreak and pain over the loss of two girls who were a shining flower in The home of their family, but the hand of fate preceded their pure souls to ascend to heaven, due to a terrible accident that caused them to be no more than 14 years old.

The tragic accident that caused the teacher to run over Nisreen Al-Nawfal and her two daughters in a street in eastern Riyadh, while he was drifting, which resulted in the death of the two girls and the transfer of the teacher to the intensive care unit in critical condition.

The grandfather of the two children

Grandfather “Mohammed Al-Nawfal”, who told the details of the painful story to “Al-Arabiya.net”, and in his voice laden with pain, confirmed the arrest of Al-Muftah and his placement in the Social Welfare Home, and that this measure confirms the rule of justice in Saudi Arabia.

He said the current situation of the mother of the two children, and despite the presence of strong injuries, laceration in the artery, severe bleeding and multiple fractures in the body, she spent about 9 days in intensive care in a critical condition, and God blessed her with a gradual recovery, and belief in fate and destiny is very important in these circumstances. .

The grandfather of the two girls described the incident as a written destiny. In the beginning, there was a state of panic, apprehension and deprivation of sleep for the entire family, as a result of this incident. Al-Nawfal said: What happened is a painful tragedy for the entire family, but everyone clings to patience and belief in God’s will and destiny, and the feelings of the family. The two children are very old, their pain over the years cannot be erased, because they have a great place and a great impact in the heart of every member of the family.

Al-Noufal thanked all the security authorities that responded to this event and contributed to achieving justice, led by His Excellency the Attorney General Sheikh Saud Al-Mujeb and all the relevant authorities, and he singled out the Public Prosecution for their strong and effective role in this case.

He concluded his statement, stressing that the issue must be focused on that the issue is not an issue of the parties to the accident, but an issue of society, to be the beginning of stopping this phenomenon that has terrorized society for years, and it is the phenomenon of drifting and its impact on all parties who are victims of neglect and recklessness, and the opening of the field by some families for young people to drive cars And causing such horrific accidents.

While the hashtag #Nisreen_Al-Nawfal topped the trend in Saudi Arabia during the past few days, in which thousands of citizens, female citizens and students participated, who called for her to recover, as she lay in intensive care at the National Guard Hospital, and that God bind her heart after losing her two children in a horrific traffic accident, due to the recklessness of someone The drivers of the vehicles and his drifting, which caused the tragedy.