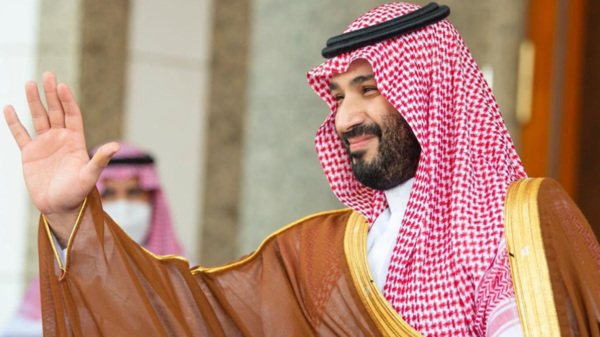 A short while ago, Saudi Crown Prince Mohammed bin Salman arrived at the Expo headquarters in Dubai.

Prince Mohammed bin Salman’s visit to the headquarters of Expo 2020 Dubai comes on the sidelines of his visit to the UAE as part of his Gulf tour to the Gulf states.

After his visit to the Sultanate of Oman on his first stop, the Saudi Crown Prince will continue his Gulf tour in its second stop in Abu Dhabi, where he discussed with Abu Dhabi Crown Prince Mohammed bin Zayed Al Nahyan in Abu Dhabi, yesterday, Tuesday, partnership on the road to the future, and discussed various aspects of strategic cooperation between the two countries.

The two sides touched on the importance of activating the joint Gulf and Arab action, and a number of regional and international issues and files of concern to the two countries, stressing the need to work on consolidating the pillars of regional stability, which constitutes the main common base for development, construction and progress.

Urgent news, we will bring you the details.