The Arsenal star converts to Islam with the support of his Moroccan wife. His club refuses to “change his name” 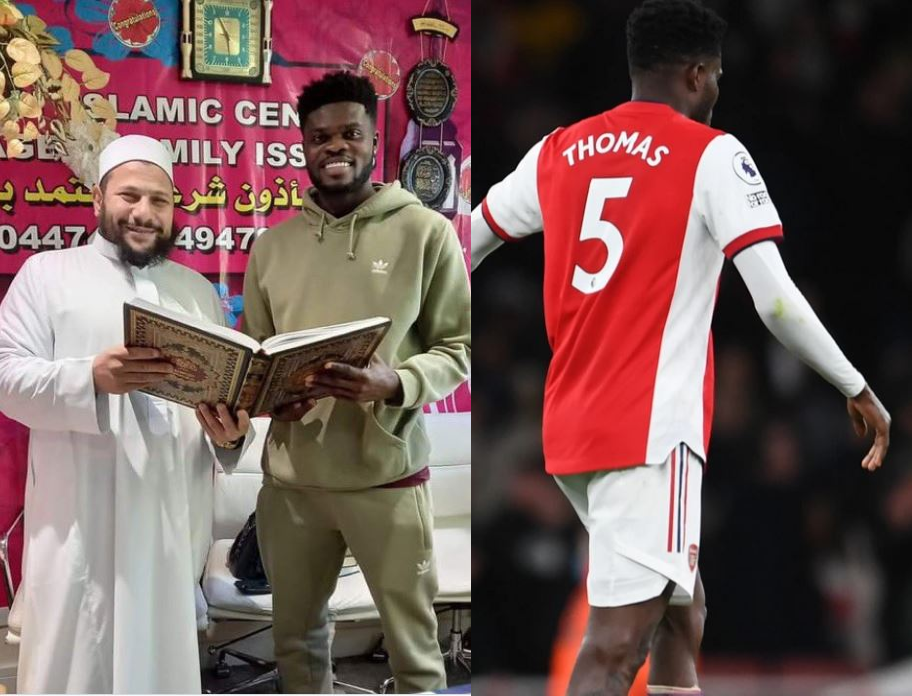 The Arsenal star, Ghanaian Thomas Partey, announced a few days ago his conversion to Islam, and his decision to change his name to “Yakubu”, but it was remarkable that his club, despite not objecting to changing his religion, did not accept the adoption of changing his name to him, according to what was stated in the The English newspaper “The Sun” today.

Thomas Partey, changed his personal name to Yakubu and married, and went through the official procedures for the new name, but he was surprised that his club did not want to change the name “Thomas”, and he will remain on the club’s official shirt, and in its approved records. In the event that the club’s position does not change, the name of Thomas will continue officially in the next season of English football, and in any participation of Arsenal abroad, since the football authorities in England, Europe or the world, adopt the name as it is in the official record with the club concerned.

The newspaper said that Barty’s Moroccan wife, Sarah Bella, played an important role in his conversion to Islam, since they were engaged last March. Barty had said in a previous statement during his stay in Ghana: I am now married, and my name as a Muslim is Yakubu. It is mentioned that Barty is from a Ghanaian Christian family, but he accompanied many Muslim players, and he also has many Muslim friends in his country Ghana, which made him always close to the Islamic religion, before he decided to officially convert to one of the mosques in the British capital, London.