The astronaut freed the docking system antenna tangled in wires 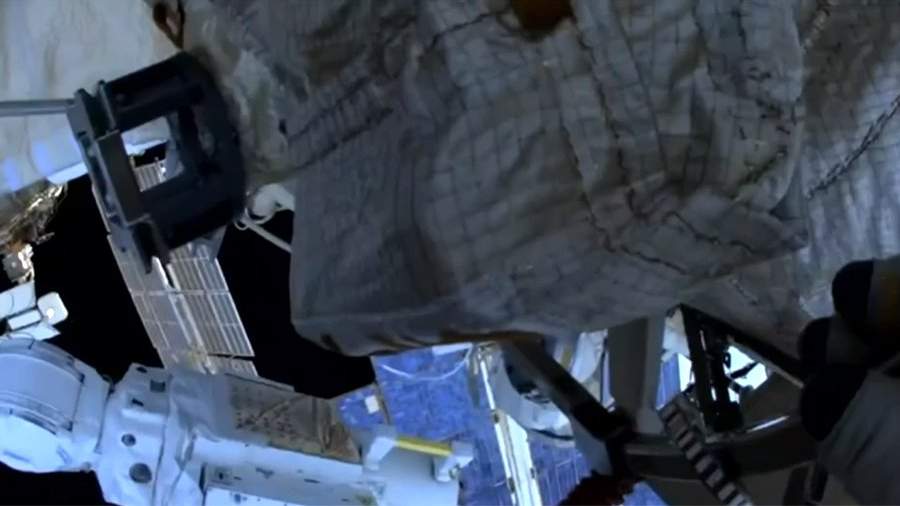 Russian cosmonaut Oleg Artemiev, during a spacewalk, freed the antenna of the Kurs docking and rendezvous system installed on the new Russian module Prichal. The broadcast of the spacewalk is on the Roscosmos website.

“Oleg, the developers of the antenna send you a huge thank you,” said one of the specialists who works at the Mission Control Center near Moscow.

Prior to this, the antenna was not fully open, as one of the wires outside the Russian segment of the International Space Station interfered with it.

Earlier that day, Russian cosmonauts unfurled a replica of the Banner of Victory in the Great Patriotic War in outer space.

Earlier, on January 19, cosmonauts Anton Shkaplerov and Pyotr Dubrov began a seven-hour spacewalk from the International Space Station (ISS), the first in 2022.

It was reported that the cosmonauts needed to install and connect the antennas of the Kurs-P passive rendezvous system on the outer surface of the new Russian module, reinstall the TV camera and lay a TV cable, as well as mount targets for docking ships and install handrails for transition between the Nauka and “Pier”.

On November 26, the new nodal module Prichal docked with the Nauka module on the ISS. It is designed to increase the technical and operational capabilities of the Russian segment of the station.

In August, Roscosmos CEO Dmitry Rogozin said that the Russian national orbital station would become the prototype of modules that would go to other planets decades later. He expressed confidence that the creation of a new Russian orbital station would cost less than “tens of billions of rubles.” It takes about four years to finalize the ready-made basic module for the future station. After that, a new node module-berth and a module with gyroscopes will be added. This will become the basis of the station’s appearance, Rogozin added.

In September, Roskosmos for the first time published the composition of the future Russian orbital station. The state corporation allocated funding for the development of requirements for it and its seven modules in the amount of 1.735 billion rubles.