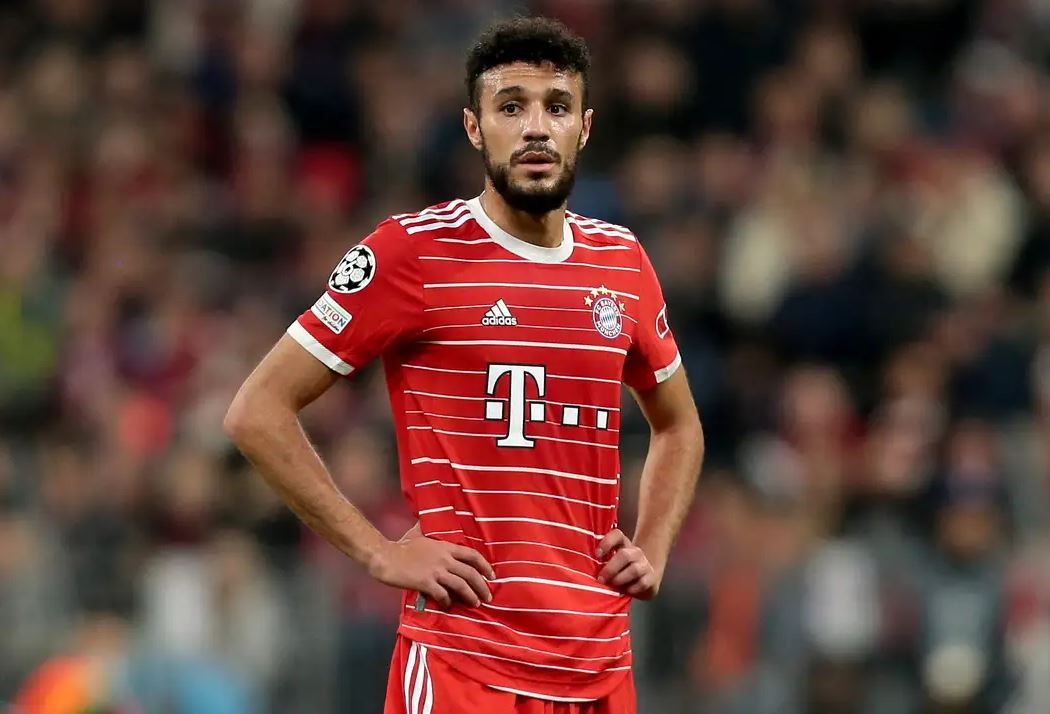 The Bayern Munich football team headed to Qatar today to set up its training camp with the participation of the newcomer, Dutch defender Daley Blind, while the list was empty of the name of Moroccan star Naseer Mazraoui, who will be absent “for the time being” due to a heart problem. Bayern Munich stated that Mazraoui was infected with the Corona virus during his participation with his country in the 2022 World Cup that was held in Qatar, and the follow-up examinations that he underwent in Munich revealed that he was suffering from “mild inflammation of the pericardium (the sac that envelops the heart), and that he is undergoing for treatment.” It should be noted that the team’s left back, Alfonso Davies, was absent from Bayern for several months last year due to a different heart problem. Marcel Sabitzer was also absent from Bayern’s list heading to Qatar due to his suffering from influenza, according to Bayern Munich. German media reported that Mazraoui’s absence could last up to 6 weeks, until he is completely cured of the infection.

He was also absent from the list of 24 players, Manuel Neuer, Lucas Hernandez, Sadio Mane and Bona Sarr due to injury, and the French Dayot Obamecano, Kingsley Coman and Benjamin Pavard, as their vacation was extended after reaching the 2022 World Cup final with the French national team, and the three will join the team camp in Qatar at some point. Subsequent.

Bayern Munich hoped to have a new goalkeeper available when he went to the camp, in the absence of Neuer until the end of the season, but Hasan Salihamidzic, a member of the Board of Directors for Sports Affairs, said at the airport: “We are evaluating the available options and we will reach a decision in the near future.” .”

Swiss goalkeeper Jan Sommer, whose contract with Borussia Monchengladbach expires at the end of the current season, appears to be a strong candidate to join Bayern. Coach Julian Nagelsmann seeks to prepare Bayern Munich for the second half of the season through the training camp that will be held in Doha for six days.

Bayern Munich had stumbled early in the season, but recovered well, and outperformed by four points, before resuming its campaign with Leipzig on January 20. “We want to do everything we can and prepare very well,” said Salihamidzic.