The “Audience” grabs the spotlight… and Sharjah announces itself strongly 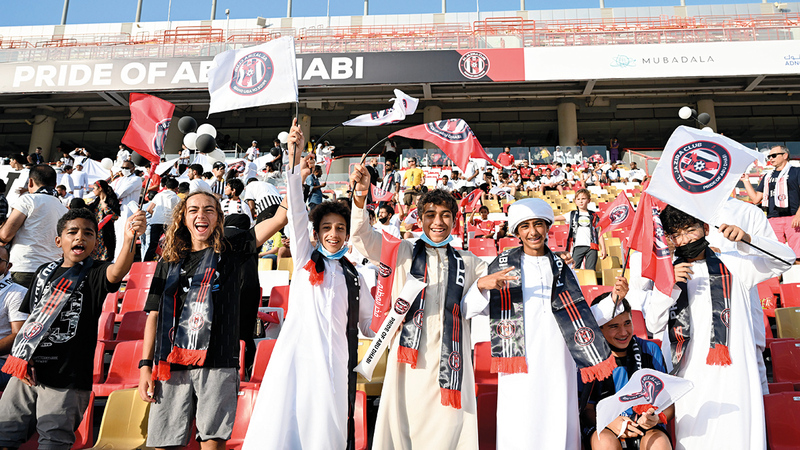 The ADNOC Professional League was launched at a good technical level, amid a large and unexpected crowd attendance for all matches, especially at the summit of Al Wasl and Al Wahda, and Shabab Al Ahly and Sharjah, which gave a good impression and optimism about the distinguished public attendance in the new season. The first round resulted in expected results, in addition to some surprises, which were represented in the victory of the new rookie Al-Bataeh against Kalba 2-0 and his leadership in the championship, and the loss of Al-Ain two points at the beginning of the journey with a draw with Ajman, had a somewhat negative impact on the “leader”. Especially that the team wants to maintain its championship amid an expected competition from Sharjah, Al Wahda and Al Jazeera.

The round was overshadowed by the strong return of the fans despite the high temperatures, which promises a strong season at the level of mass attendance after an absence of more than two years, which may be an important factor for the teams to provide their best technical levels in order to maintain full stands, as happened at Al Wasl Summit And Al-Wahda, when the stands were completely filled, as well as in the Al-Jazira and Dibba match despite its early establishment, and also in the Ajman and Al-Ain match, and other matches.

Sharjah succeeded in stealing the spotlight strongly by defeating its host Al-Ahly youth, and Ali Mabkhout, the historical scorer, returned strongly and scored the two winning goals for Al Jazeera. Lima returned to scoring after a long absence with Al Wasl, and the presence of his colleague Amouri had a distinctive form, in terms of possession of the ball and wonderful passes. On the other hand, with Al-Wahda, Ismail Matar maintained his glow, despite being the oldest and most tender player in the tournament.

The first round will not be a measure to determine the identity of the competing or relegated teams, but the result of the work appears in the long preparation period, friendly matches inside and outside the country, and the desire of some teams to change, which was demonstrated by the Sharjah team. Al-Nasr, Al-Dhafra, Kalba and Khorfakkan teams appeared unexpectedly after a strong preparation period and did not satisfy their fans, especially the brigadier general who appeared at an average technical level.

Technical analyst Khaled Obaid stressed his happiness with the level he saw in the first round of the tournament, especially from the public attendance, despite the high temperatures, and called on the teams to maintain this presence by providing good technical levels.

Khaled Obaid told “Emirates Today”: “A good tour technically, especially in the Al-Wasl and Al-Wahda matches, and Al-Ahly youth with Sharjah, especially the second half from Al-Wasl side at the attacking level from Ali Saleh, Amouri and Lima, but the team may suffer because Amouri and Lima did not play roles. Defensively, which happened in the match, and the unit took advantage of the parties to pose a great danger to Al-Wasl. But in general, it is the public who stole the spotlight.”

He added: “The Al-Dhafra and Al-Nasr match did not live up to the required level, but Al-Dhafra achieved what he wanted with a draw, despite the completion of the elements of victory, and Al-Bataeh was surprisingly surprising and more organized than Kalba.”

For a full view of the topic,Please click on this link.