The Australian authorities re-detain Djokovic .. and confirm: He must be expelled from the country 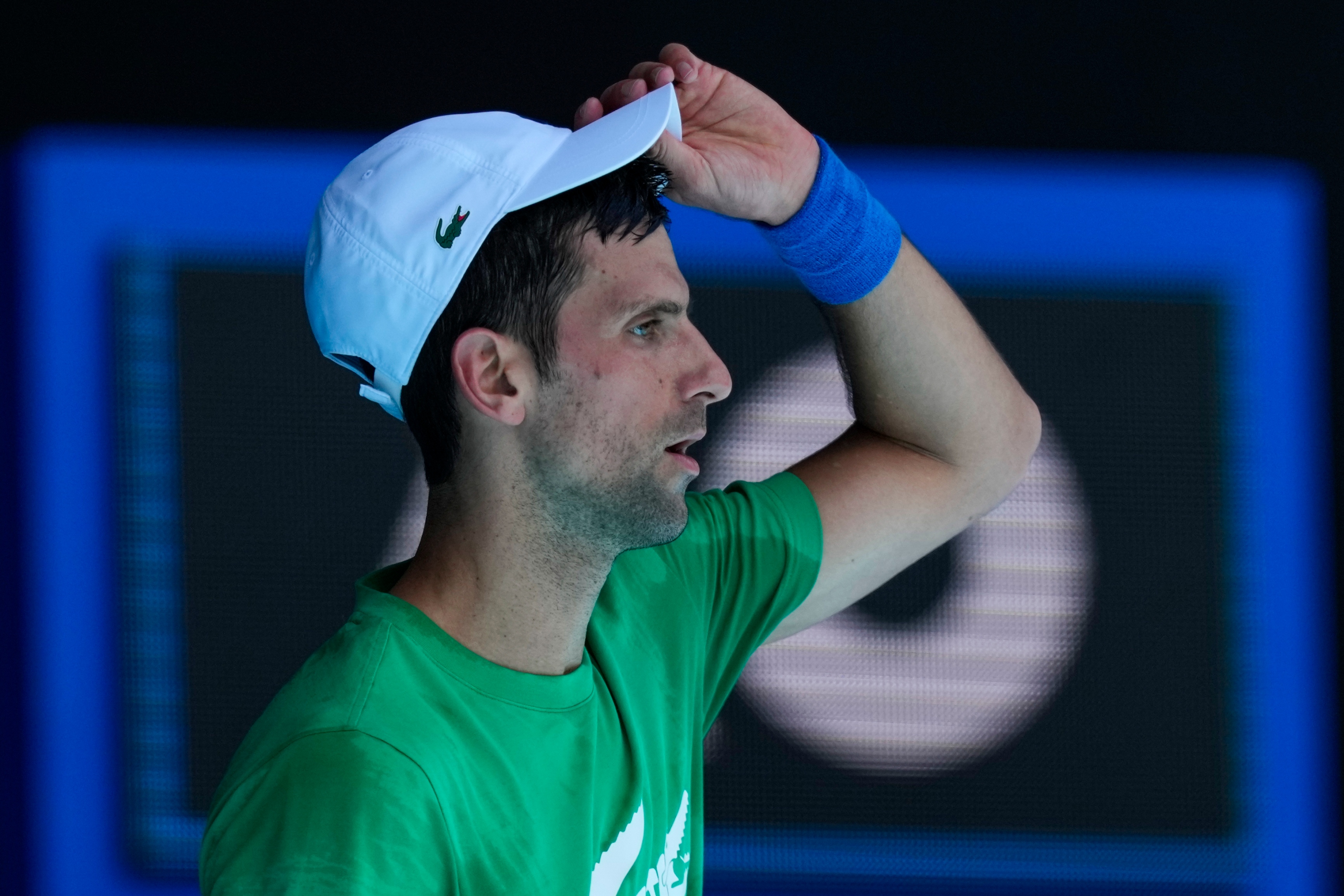 Serbian tennis star Novak Djokovic was placed under administrative detention today after Australia canceled his entry visa for the second time due to his failure to receive the anti-Covid-19 vaccine, pending a judicial decision in this case.
The Australian authorities said that the presence of Djokovic, who has not received a vaccination against Covid-19, on its soil, “could encourage anti-vaccination sentiment”, arguing that he should be expelled from the country.

In a statement, Immigration Minister Alex Hawke said he had taken the decision to cancel the entry visa “for reasons of health and order”, noting that Prime Minister Scott Morrison’s government was “strongly determined to protect Australia’s borders, particularly in relation to the COVID-19 pandemic.”

The decision means that Djokovic is prevented from obtaining an entry visa to Australia for a period of 3 years, except in exceptional circumstances. The Prime Minister later considered in a statement that the cancellation of Djokovic’s visa came within the framework of protecting the “sacrifices” of the Australian people. “Australians have made so many sacrifices during this pandemic, and they rightly expected those sacrifices to be protected,” he said.

The famous Australian lawyer Christopher Livingstone considered that the Serbian star camp can apply to the Federal Court, saying, “Djokovic has a competent team around him. He can stay and fight or leave.”

Hours after the decision, the judge, who had previously ruled not to extradite Djokovic from Australia, called for an emergency hearing. “A hearing before Federal Court Judge Anthony Kelly will be held this evening,” a court spokesman said in a statement, without any further clarification.

During the hearing, the representative of the Australian government announced that his country had postponed the deportation of Djokovic until the completion of consideration of this case. On the other hand, Djokovic’s lawyer confirmed that the government will detain his client today after the immigration authorities hear him.

At the end of the hearing, Victoria state judge Anthony Kelly announced that he had abandoned the case, which would go to the Australian Federal Court, despite the objection of Djokovic’s lawyers, who feared the slowness of the proceedings.