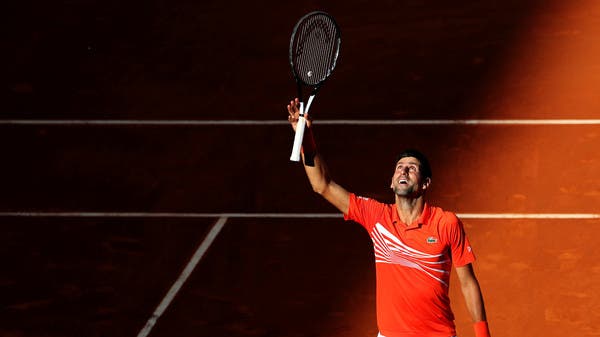 Australian government lawyers said on Sunday, in their response to Novak Djokovic’s appeal against his visa being revoked, that the government had not given the Serbian world number one tennis player assurance that the medical exemption he had obtained would enable him to enter Australia without obtaining a Corona virus vaccine.

A hearing on the Serbian player’s appeal against the cancellation of his visa will be held on Monday.

Djokovic is hoping to win his 21st Grand Slam title at the Australian Open, which begins on January 17.

But instead of training, the Serbian player was detained in a modest hotel and lodged an appeal against the cancellation of his visa after he was stopped at Melbourne Airport upon his arrival early Thursday morning.

It caused trouble between Australia and Serbia and became a preoccupation for opponents of mandatory vaccinations around the world.

Djokovic, an opponent of mandatory vaccination, declined to say whether he had been vaccinated or why he was seeking medical exemption from Australia.

But Djokovic’s legal representatives said in his appeal on Saturday that the Serbian player was exempted from contracting the Corona virus in December.

The player added in his appeal that he had obtained an exemption from the Australian Tennis Federation, the organizer of the Australian Open, in addition to a letter from the Ministry of Home Affairs confirming that he was allowed to enter the country. The Australian government opposed it.

The government said in its response: There is no guarantee that a non-Australian person will enter the country. There are even criteria and conditions for entry, and reasons for refusing or canceling a visa.

The government indicated that the email from her was not a guarantee of “acceptance of what could be described as a medical exemption” and that the case would be investigated upon arrival.

The government has also challenged Djokovic’s request for a medical exemption on the grounds that he contracted coronavirus and recovered after two weeks.

“There is no indication that the applicant was suffering from a ‘serious medical illness’ in December 2021,” the lawsuit said. All he said was that he tested positive for COVID-19. The two things are different.

Australia says the Ministry of Health notified the Australian Tennis Federation, the organizers of the Australian Open, in November that a recent infection with the Corona virus would not be a guarantee of medical exemption to enter the country as it is elsewhere.

Djokovic said in his appeal that the Ministry of Internal Affairs wrote to him this month to say he had met the requirements to enter the country.