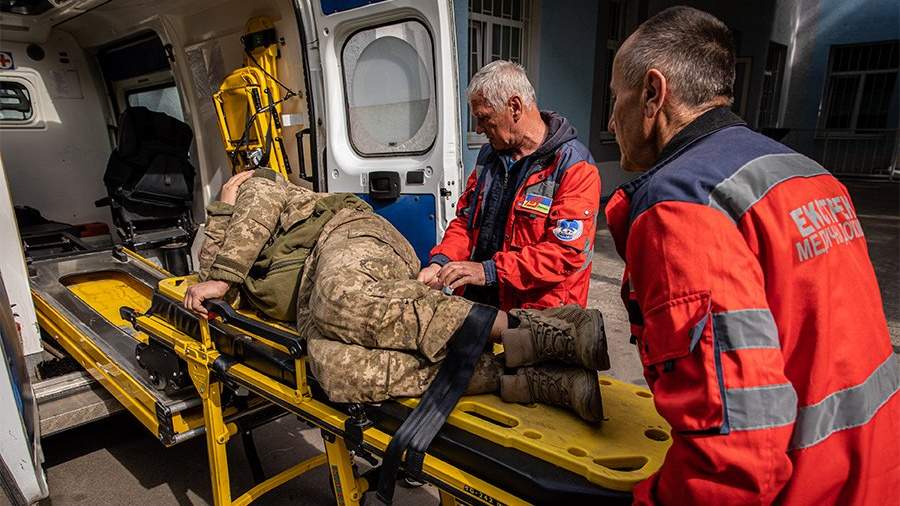 The Kyiv regime conceals heavy losses of Ukrainian militants after attempts to attack in the Kherson region. This statement was made on September 6 by the deputy head of the regional administration, Kirill Stremousov.

“The Kyiv authorities conceal the catastrophic losses of the Ukrainian troops during the offensive attempts in the Kherson region. According to our data, Ukrainian troops have already lost about 3 thousand people and about 100 foreign military equipment, including German and Polish, since the end of August,” Stremousov said in an interview with RIA Novosti.

According to him, the Ukrainian authorities are trying to bury the militants secretly, without media coverage and official ceremonies, so that the population of the country has no idea about the size of the losses. Stremousov compared the scale of what happened to the Ukrainian militants with the defeats of Ukrainian nationalists near Debaltseve and Ilovaisk in 2014.

On September 2, the head of the city of Snigirevka in the Nikolaev region, Yuriy Barbashov, announced that the morgues of Nikolaev were overcrowded after the failure of an attempted counteroffensive by Ukrainian radicals. Referring to sources who are familiar with the situation in the medical institutions of Nikolaev, Barbashov specified that more than 2 thousand wounded Ukrainian soldiers were delivered to various hospitals and hospitals in the city.

On August 31, The Wall Street Journal reported on a large number of wounded Ukrainian neo-Nazis during an attempted counteroffensive in the Kherson region. According to the source of the publication, the militants warned him about the offensive a week before the events. But after seeing hundreds of wounded troops, he began to wonder if counterattacks were worth “such a high price.”

At the same time, the official representative of the Ministry of Defense of the Russian Federation, Igor Konashenkov, said that an attempt by the Ukrainian military to resume offensive operations in the Nikolaev-Krivoy Rog and other directions failed.

The next day, September 1, the Russian Defense Ministry reported that in unsuccessful attacks near Kherson, the Ukrainian Armed Forces had lost more than 30 tanks, 350 servicemen over the past 24 hours and were not successful. In total, the losses in manpower of the Armed Forces of Ukraine exceeded 1,700 people.

The special military operation to protect Donbass, the beginning of which Russian President Vladimir Putin announced on February 24, continues. The decision to hold it was made against the background of the aggravation of the situation in the region due to shelling by the Ukrainian military, in connection with which the authorities of the Donetsk and Lugansk People’s Republics turned to Moscow for help.