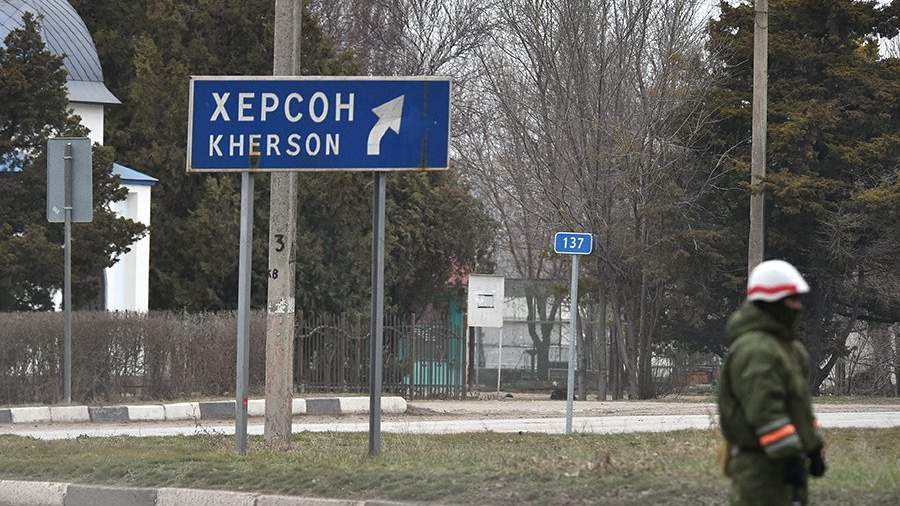 Kherson region will strive to integrate as much as possible into Russia. On May 9, RIA Novosti was informed by the deputy chairman of the military-civilian administration of the region, Kirill Stremousov.

At the same time, according to him, no referenda are currently planned. “We are not planning to hold a referendum and create a republic,” Stremousov said.

The deputy chairman of the military-civilian administration of the region noted that local residents will be able to become citizens of the Russian Federation, having an opportunity for stable social assistance.

On May 6, Stremousov also announced that the inhabitants of the region would be entitled to Russian citizenship.

On May 1, the operators of Kherson, Skadovsk, Nova Kakhovka joined the Russian Internet after Kyiv cut off communications in the border regions. According to the head of the military-civilian administration of the Kherson region Vladimir Saldo, leaving the inhabitants without communication, the Kyiv authorities abandoned the territory. On this day, the region began to switch to circulation in rubles. During the transition period, which will be about four months, the ruble and hryvnia will be in circulation. After that, the calculations will be carried out entirely in rubles.

On April 28, Stremousov ruled out the return of the region liberated from Ukrainian nationalists back under the control of Ukraine.

Since mid-February, the situation in Donbass has deteriorated due to shelling by the Ukrainian military. The leadership of the Donetsk and Luhansk People’s Republics (DPR and LPR) turned to the Russian Federation with a request for help. On February 21, Russian President Vladimir Putin signed a decree recognizing the independence of the republics, and on February 24 he announced the launch of a special operation to protect the civilian population of Donbass.