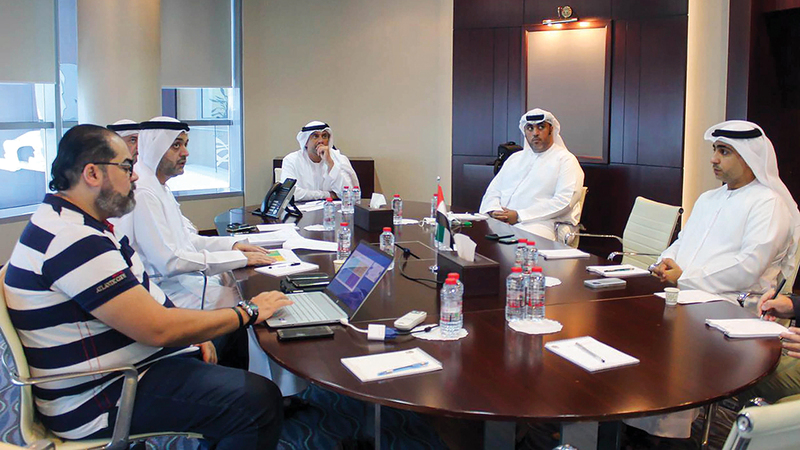 Sheikh Suhail bin Butti Al Maktoum, Executive Director of the Sports Development Sector at the General Sports Authority, reviewed with the Chairman of the Board of Directors of the Volleyball Federation, Abdullah Al Darmaki, the Federation’s strategy and discussed its future plans, with the aim of expanding the base of playing the game and developing the performance of national teams, in order to achieve more achievements Continental and International.

The strategy focused on several main items, the most important of which are strengthening governance in administrative work, increasing the number of matches in various categories, developing beach volleyball, motivating superior clubs in the game, and expanding partnership with government agencies and private sector institutions.

Sheikh Suhail bin Butti said: “The authority supports the efforts of the federations to develop future plans that contribute to strengthening governance in the administration, in line with the governmental directions and the work system of the authority, which considers governance as one of its main pillars, in addition to the importance of expanding the base of practicing sports to increase competitiveness and raise the level of national teams. With the aim of achieving more achievements in various forums.”

He added: “The authority appreciates the great effort made by the federation to develop a mechanism for discovering and developing talents, and diversifying the sources of search for new talents. We look forward to all sports federations working to enhance cooperation with various government agencies and private sector institutions, which will help develop various sports and increase their spread, which contributes to attracting more talent.”

Abdullah Al Darmaki stressed the Federation’s efforts to develop a mechanism for cooperation with clubs, with the aim of discovering more talents and qualifying them technically and physically, and looking forward to hosting international beach volleyball activities in the coming years to take advantage of the appropriate nature of the UAE’s beaches and the country’s global reputation, which has been enhanced by hosting many Major sporting events.

The Federation presented a study based on a four-way analysis of the reality of volleyball practice in the UAE by studying the challenges, opportunities, strengths, and weaknesses. The Federation also focused on the importance of developing young groups by increasing the matches held in its various tournaments, in addition to setting a fixed calendar that helps clubs organize their work in order to achieve the best participation in all tournaments.