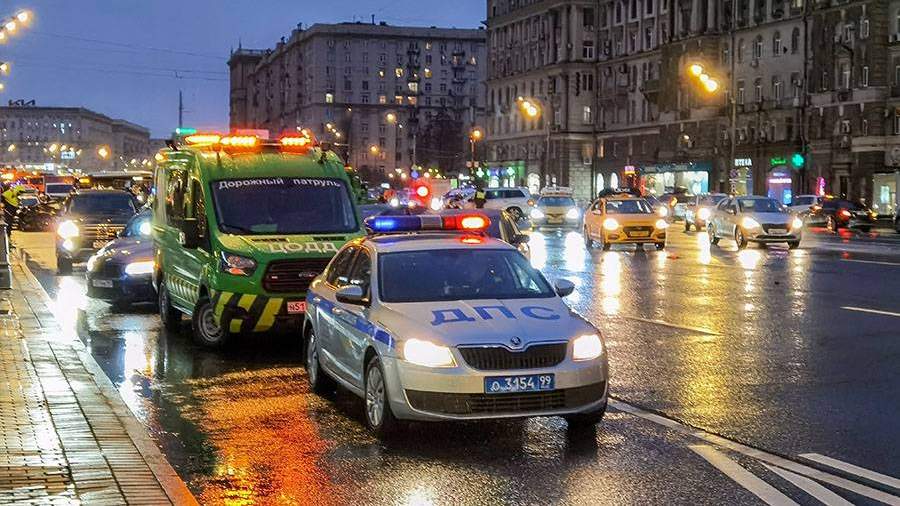 Autoexpert Maksim Kadakov on Sunday, November 21, in an interview with Izvestia, put forward his versions of an accident on Kutuzovsky Prospekt in Moscow, in which blogger Magomedsaid Zainudinov, also known as Said Gubdensky, and Zaur Ibragimov died. In his opinion, it could be aquaplaning or turning off the vehicle stabilization system.

According to Kadakov, judging by the footage from the CCTV camera, the rebuilding was relatively calm and it was not just “checkers”.

“However, due to slush and a large amount of water on the road, the car began to float. It is possible that the driver simply did not cope with the situation. Maybe he jerked the steering wheel in the same direction where the car started to take. That is why the car started to skid. In my opinion, if the driver turns, for example, to the left, then the stabilization system understands that the driver is going where he wants. If he tried to stabilize it, that is, the car pulls to the left, and he pulls the steering wheel to the right, then the stabilization system understands that it is necessary to help the driver, ”he said.

Kadakov explained that when there is a large amount of water, it is necessary to rebuild very carefully. In the event of an accident at Kutuzovskoye, a borderline situation arose when the adhesion properties of the tires did not suffice. The specialist emphasized that the blogger was driving no faster than 120 km / h, but such a speed is dangerous for moving on asphalt, on which water turns into ice in places.

“It’s freezing outside and it all depends on the tire model. Despite the fact that the road is now wet, modern summer tires are able to hold normally to 0 degrees. On dry asphalt, they generally stand up to -5. If he had summer tires without a herringbone pattern, as on all winter tires, this means that the water does not come off well and the car begins to float earlier, its contact with the road is lost. There are summer tires with a herringbone pattern, thanks to which aquaplaning begins later, ”the source said.

He pointed out that now in Moscow there is “not a terrible minus on the street,” so the difference between summer and winter tires is not fundamental. The only difference is in speed: on summer tires, the car will surface at 110 km / h, on winter tires – by 120.

“If a person accelerates to 120 km / h, then it doesn’t matter what tires he had. The car surfaced and the result was further, ”added the expert.

As Kadakov explained, the BMW M4 is the kind of car you can drift on. Based on this, he assumed that the driver had disabled the stabilization system and could not cope with control.

“We don’t know what happened before the accident. Maybe the guys indulged in and turned off stabilization, maybe a person feels confident and always drives without a stabilization system. But these are all my assumptions. In general, this car is bought primarily for pleasure. Sports coupe, rear-wheel drive, powerful car with the ability to disable stabilization. It can give pleasure to a person who knows how to ride well, ”he concluded.

November 20 Three cars collided on Kutuzovsky Prospekt – Volvo, Mercedes and BMW, the latter was driven by Gubdensky, his passenger – President of the Federation of Automobile and Motor Sports of Dagestan Zaur Ibragimov, both died.

Two people were also injured – one from a Volvo car and one from a Mercedes. According to some reports, Mercedes belongs to a large businessman Ratmir Timashev. Whether the businessman himself was at the scene of the accident is not specified.

According to the source, at the time of the accident, BMW was overspeed, the driver was playing checkers on the road. At the same time, back in April, Gubdensky declared that it was very dangerous to “arrange checkers” around the city at speed. In addition, there were no license plates on the blogger’s car. According to Izvestia, the man bought a car recently and did not even have time to get insurance.

As reported in the capital’s prosecutor’s office, on the eve of the accident, Gubdensky also moved in a car without license plates on a “dedicated line.”

Gubdensky’s friend Roman Askeev called bad weather a possible cause of the accident.