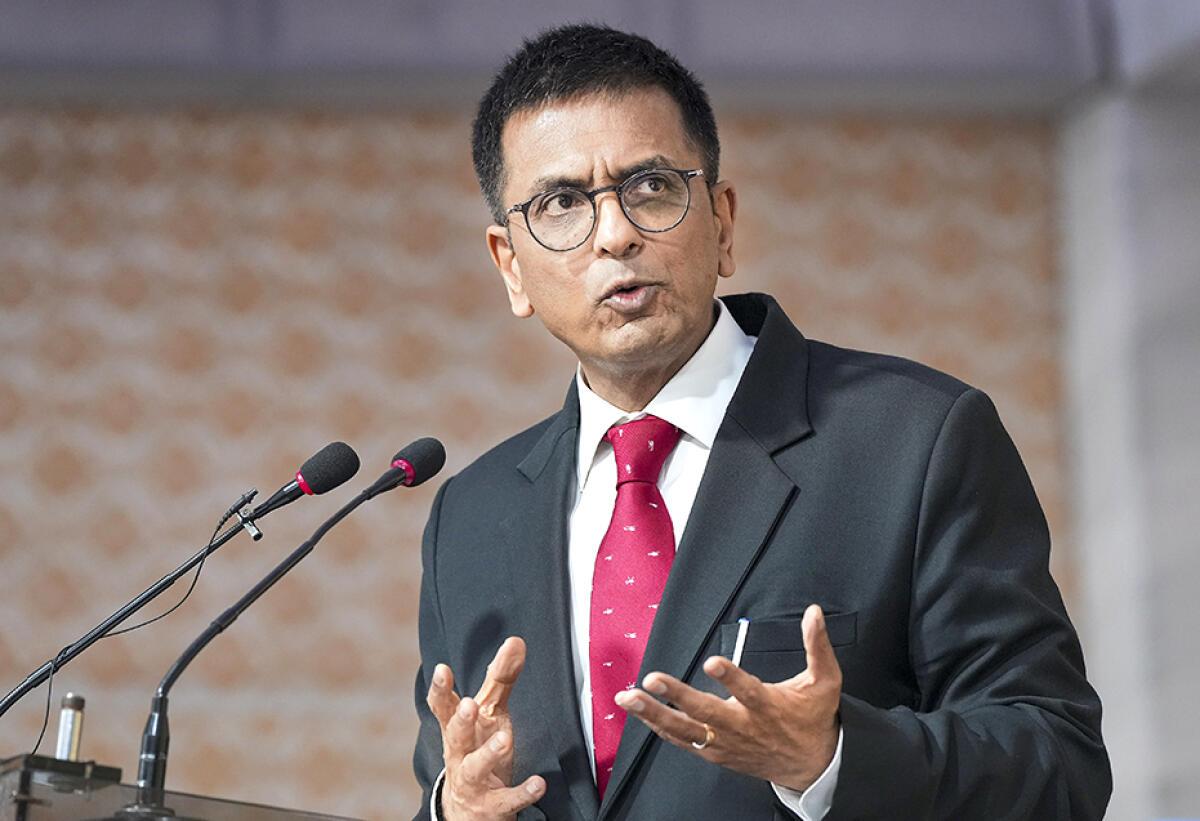 New Delhi: The basic structure of our political system is like a polar star. It guides interpreters and implementers of the law when there are bumps in the road and shows them the right direction, said Chief Justice DOI Chandrachud.

Supreme Court Chief Justice DY Chandrachud attended the Nani Palkiwala Memorial Lecture on Saturday. Speaking at that time, he said, “The basic structure of our political system is like a pole star. It guides the interpreters and implementers of the law when there is an obstacle on the way and shows the right direction.

The basic structure or philosophy of our political system is based on the supremacy of constitution, rule of law, separation of powers, judicial inquiry, secularism, federalism, liberty, individual morality, unity in diversity.

Great judges like Nani Balkiwala are needed in every era. He said to us, our constitution has a unique identity which cannot be changed forever. “The basic framework shows that it would be beneficial for judges to observe how other jurisdictions deal with such issues,” he said.

The identity of the Indian political system begins with the relationship that the citizens of India have with it. Attached to the interpretation of the Jurisprudence. A judge’s skill lies in not distorting the soul of the political system but interpreting it with the changing times.

In recent times, the boundaries of Indian law have undergone significant change to remove stifling norms, promote consumer welfare and favor commercial transactions. Laws like Competition Act, Bankruptcy Code etc. have been enacted to promote fair market competition. Similarly, GST has been introduced to eliminate indirect tax on sale of goods in India.

If you look at our political system you will know that it is not in favor of unlimited economic liberalisation. At the same time the constitution tries to strike a perfect balance. It allows the government to formulate and formulate its laws and economic policies according to the needs of the society.

Economic justice becomes one of the various aspects of life when the individual is able to exercise his freedom and reap the benefits of his efforts without hindrance.

We’ve come a long way since we spent so much time clamoring to buy a phone. We have come a long way past the time when the capital problem controlled us. However, legal culture controlled by local context should not be confusing. Law is always based on social reality,” he said.

Earlier, Vice President Jagdeep Dhankar, while inaugurating the All India Legislature Leaders’ Conference in Jaipur on January 13, had said, “Judiciary cannot interfere in law making”. For this, he had cited the case of Kesavananda Bharti last year in 1973. “I do not agree with the judgment of the Supreme Court in that case. It is a bad precedent. In the case of Kesavananda Bharati in 1973, the Supreme Court had given the idea that the Parliament can make the political system, but it cannot change its basic structure. I do not agree with this judgment while respecting the court,” he said.