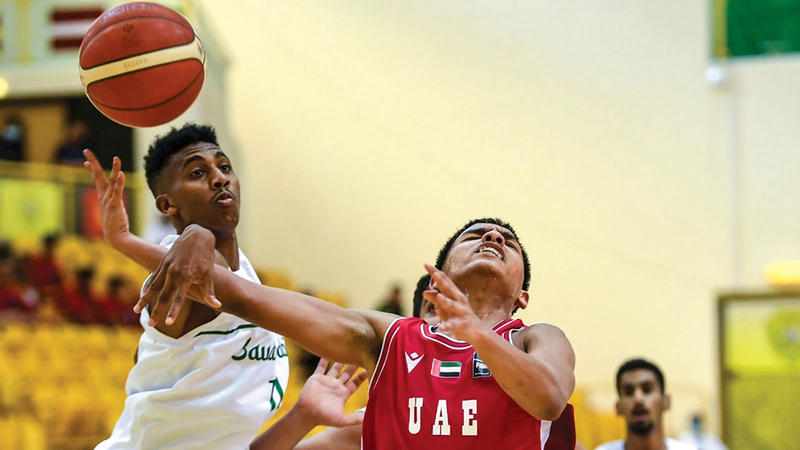 The national basketball team lost to its Saudi brother, by 10 points, with a result (48-58), in the match that brought them together yesterday, to calculate the third round of the preliminary round in the Gulf championship for the under-18 age group, which is currently being held at Al-Wasl Club Hall in Dubai until the sixth of August, and qualifiers for the Asian Cup.

The round also witnessed the Qatari team grab the top spot in the general standings by defeating the Bahraini team by 16 points, with a result (63-47).

The national team suffered its third loss in the preliminary round after stumbling on the opening day, last Friday, against Bahrain (48-68), and losing on the second day against Qatar (45-61).

The Saudi team succeeded in imposing its advantage during the first three periods and settled its result by (13-12, 17-13 and 18-11), before the team’s performance improved in the last 10 minutes. It was not enough for “Al-Abyad” to return the result of the match.

The national team is now required to defeat both the Kuwaiti and Omani teams in the final two rounds of the preliminary round to secure fourth place and grab the last qualifying cards for the semi-final, which begins on the fifth of this month, and is held in the knockout system, after the teams of Qatar, Bahrain and Saudi Arabia guaranteed The first three places for the preliminary round.