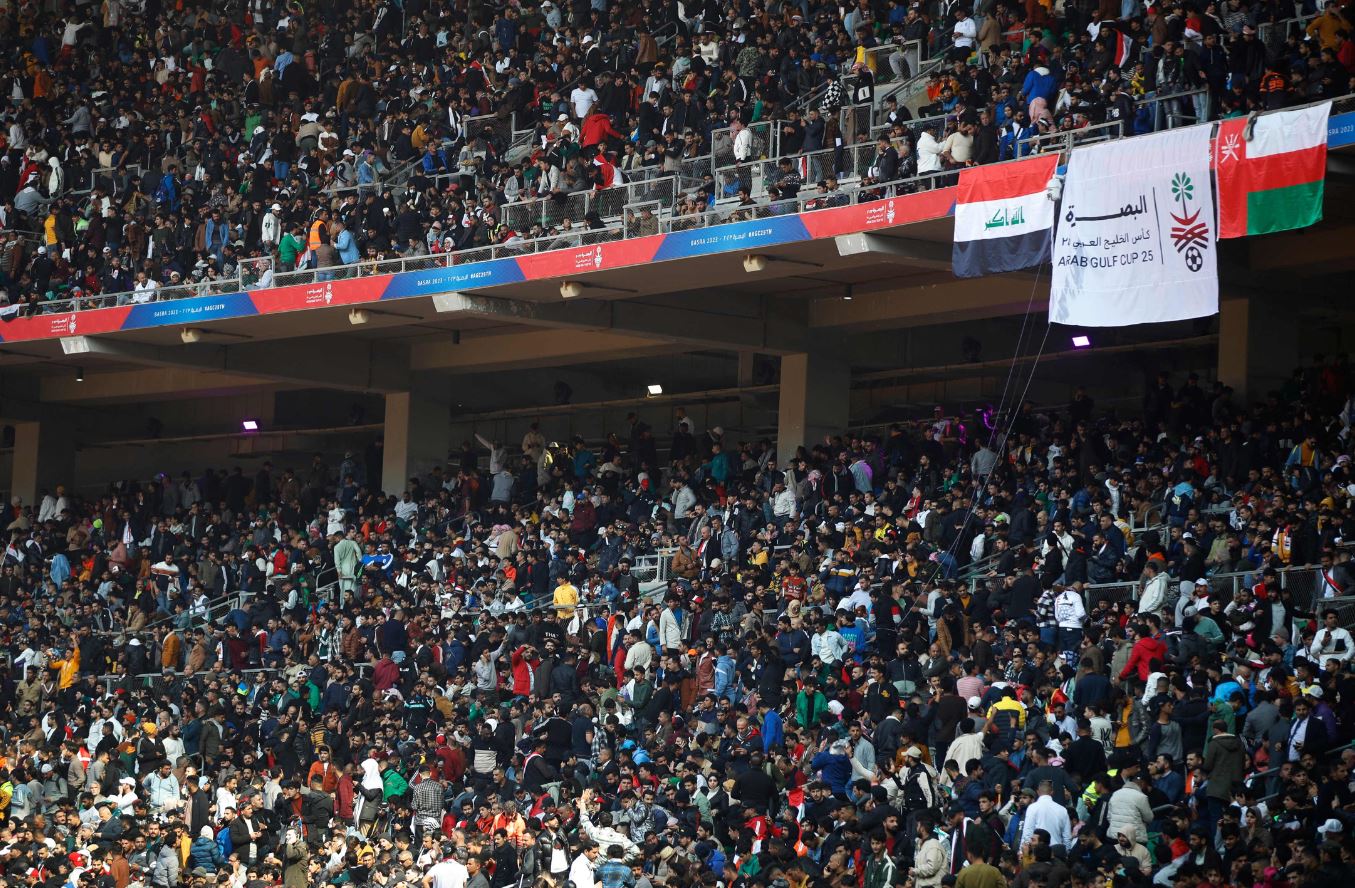 Today, an Iraqi medical source reported that a death and 60 injuries were recorded among the fans as a result of the stampede in the vicinity of the Palm Stem Stadium in Basra, 550 km south of Iraq.
The Iraqi News Agency (INA) quoted the source as saying, “There are critical cases among the injured.” The Palm Trunk Stadium, which hosts the final match of the “Gulf 25” championship between the Iraqi national team and its Omani counterpart, which is scheduled to be held this evening, witnessed an unprecedented crowd of tens of thousands of Iraqis crowded in the streets and the vicinity of the stadium.

The governor of Basra, Asaad Al-Eidani, said that the final may be postponed if the situation worsens further, and indicated that there are currently negotiations with the organizing committee to ensure the safety of the fans and to discuss the situation further before making a final decision, including the possibility of transferring the final match to another neutral country, in case it is not possible. Completely holding the match in safe conditions for the fans.

The Iraqi Prime Minister, Muhammad Shia’a al-Sudani, arrived in Basra Governorate to see the preparations for the final. A statement by the Iraqi government stated that Al-Sudani held an urgent meeting with a number of ministers and the governor of Basra upon his arrival. The Basra Operations Command announced last night the deployment of thousands of security forces and placed them under a state of high alert to ensure protection for the masses. The Iraqi Football Association also announced the opening of all Iraqi stadiums and equipping them with giant screens to receive the public, and more than 20 giant screens were deployed in the streets and squares to accommodate the masses and watch the Arab Gulf Cup final.