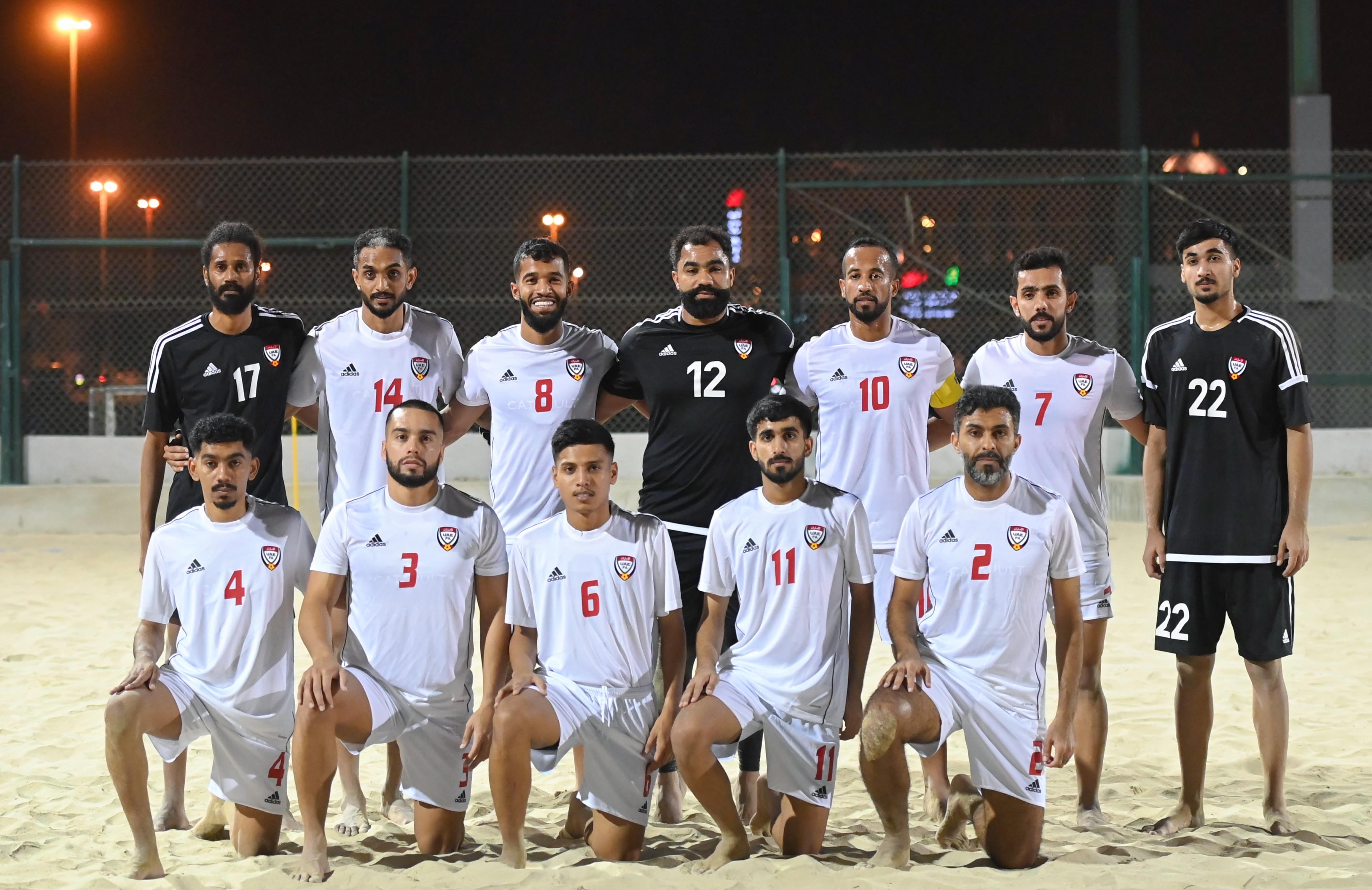 The national beach soccer team will play two friendly matches with its brotherly Egyptian counterpart on May 10 and 12, as part of its external camp in the Arab Republic of Egypt, in preparation for its participation in the second championship of the West Asian Federation, which will be hosted by the Saudi Football Federation for the period from May 16 to 21.

This camp is the third and final preparation station for the beach club to prepare for the West Asian Championship, where our team previously gathered at the headquarters of the Dubai Football Association last March, while it held its second preparation station at Shabab Al Ahli Dubai Club in Al Mamzar last April, during which it played 6 friendly matches against Lebanon and Switzerland teams.

The draw for the tournament, which was held on April 26, put our team in the first group, and it opens its participation in the tournament against Oman on May 16, then faces Lebanon on the 17th, and concludes the group stage with a meeting with Kuwait on the 18th of the same month.