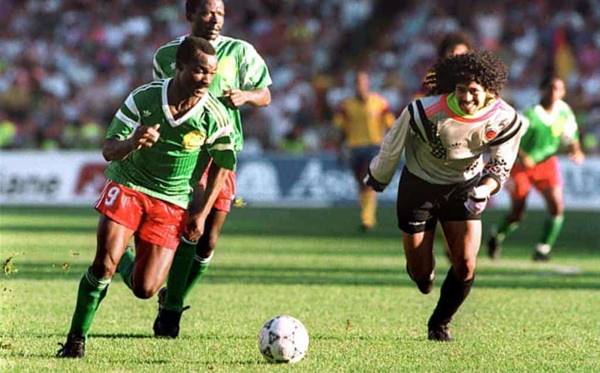 The best player in the history of Cameroonian football and the former best player in the continent, Roger Milla, opened fire on the North African teams, led by Egypt, just two days before the start of the African Nations Cup due to the lack of support of these teams for the African Championship, as he put it.

Roger Milla, the best player in Africa, who recorded his name in the history of the World Cup, is the oldest player to score in the tournament at the age of 42 in the 1994 World Cup, that the African Nations Championship did not find enough support from North African countries, including Egypt.

The former international player said in statements to the French channel “tv monde 5”: “It is the Maghreb countries that always spoil things! They always make chaos, I’m sorry, I will tell them here as their brother, whether it is Morocco or Egypt or whatever, this is not naturally.”

The African Nations Cup competitions will start in Cameroon during the period from 9 January to 6 February, and a few days ago, the tournament was likely to be postponed again due to an increasing outbreak of the Corona virus in the recent period, in addition to the unwillingness of European clubs to release their African players In the middle of the current season, the President of the International Football Association, Gianni Infantino, also called for the postponement of that edition of the tournament.

The Cameroonian added: “If they are not Africans, let them go and play for Europe or Asia or anything else, but they do not have to come and create chaos on the African continent. Those have always played here in Africa, developed and made their glory, we accepted them by the way, so I don’t see why they continue to talk badly about other countries and Africa today, it’s not normal.”