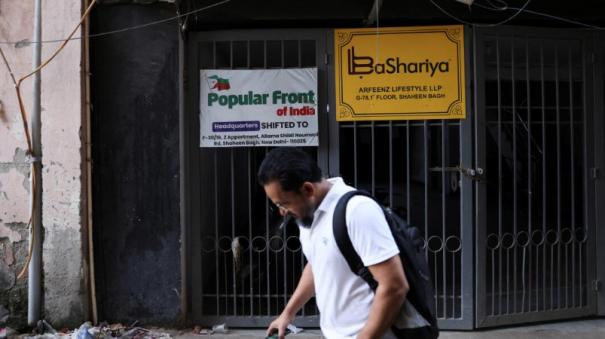 New Delhi: The Popular Front of India (PFI), has been under the watchful eye of the central organizations for a long time.

The organization has been accused of killing people associated with organizations supporting other religions, stockpiling explosives targeting prominent people and places, supporting the Islamic State, and destroying public property to instill fear among people. NIA has convicted 45 people as part of previous investigations against BFI. Chargesheet has been filed against 355 people. Officials said.

The BFI was accused of inciting violence during the Ramnavami celebrations last year in the states of Goa, Gujarat, Rajasthan, Madhya Pradesh, Jharkhand and West Bengal.

Solicitizen General Tushar Mehta told the Supreme Court last year that the central government was involved in banning the PFI system. He also said then that the PFI executives were found to be connected with the banned SIMI organization.

Senior Kerala Congress leader Ramesh Chennithala says, “The ban on the formation of BFI is a good thing. Similarly RSS should be banned. In Kerala, both majority and minority sectarianism should be opposed equally.” said.

Indian Union Muslim League (IUML) senior leader MK Muneer says, “We strongly condemn the actions of the BFI organization. A ban on that system is welcome. This organization is trying to mislead the youth and create division in the society. Similarly, the RSS organization, which works with religious ideology, should also be banned,” he said.

Vishwa Hindu Parishad (VHP) spokesperson Vinod Bansal said yesterday, “The ban on BFI is welcome. The BFI organization was functioning as a center of terrorist activity. India cannot be freed from terrorism unless that center is destroyed. It is also necessary to control the supporters of that organization. Otherwise, another organization will be created like BFI was created after SIMI system was banned,” he said.