The BJP must defeat its allies in five state elections: Insisting peasants fighting in Delhi 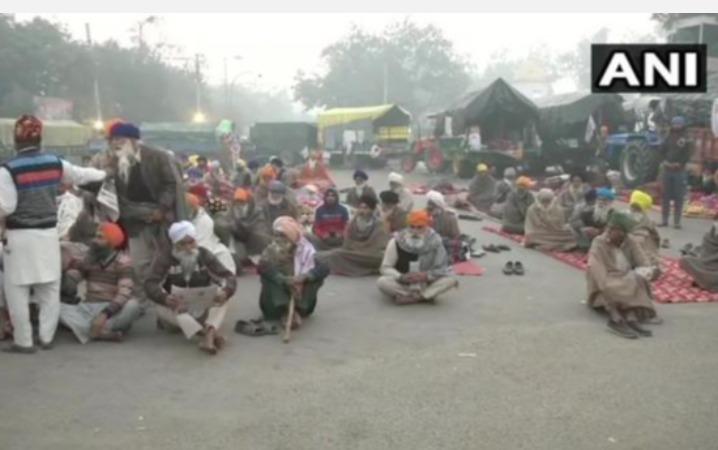 Five state legislatures in the election BJP And the insistence has arisen that its allies must be defeated. This was stated by farmers fighting against the central government in Delhi.

Farmers on three fronts in Delhi have been struggling since last November. The farmers’ struggle has reached its 100th day on March 6.

To this end, about 40 farmers’ associations in Uttar Pradesh, Punjab, Haryana and some other states have formed an organization called ‘Sanyukt Kisan Morcha (SKM)’.

In its struggle, SKM has put forward demands including the repeal of three agricultural laws by the central government. The impact of their struggle is beginning to be felt in the Assembly elections in Tamil Nadu, Pondicherry, Kerala, Assam and West Bengal.

The election was discussed at the SKM general body meeting held at Singh border. In which, BJP And insist that its allies must be defeated.

However, it has been decided not to campaign in support of any other particular political party. SKM plans to hold campaign rallies in all five states over its decision.

Speaking to ‘Hindu Tamil Direction’ website, Balbir Singh Raja, one of the SKM executives, said, ‘In our campaign meetings. BJP And urge farmers not to vote for its allies.

Our campaign will not be in favor of any particular political party. Our first meeting is scheduled for March 12 in Kolkata. ‘ He said.

Meanwhile, the harvest of agricultural crops has started across the country and they are being sent to markets for sale. SKM has demanded that all farmers be compelled to set a minimum price and sell.

The number of farmers on the battlefields has slightly decreased due to this harvest and sale. Farmers have also expressed support for the nationwide strike announced by the unions on March 15 against privatization.