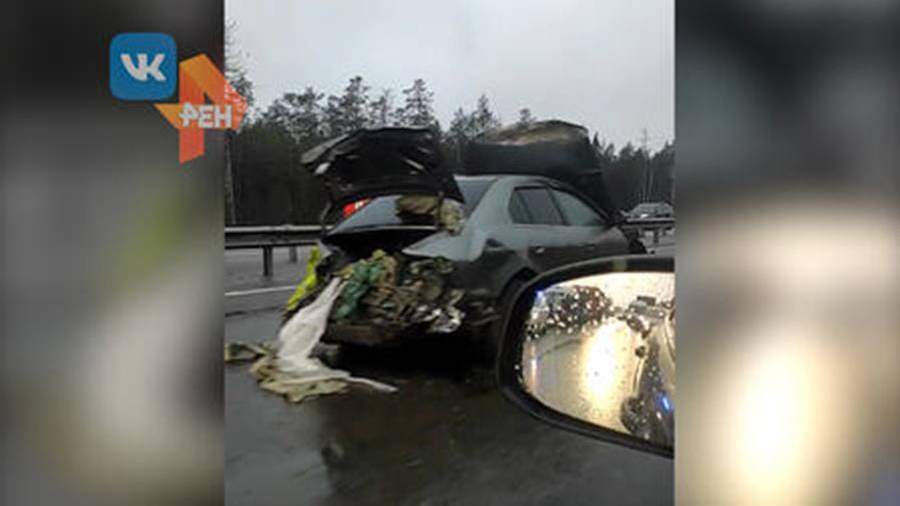 In the Leningrad Region, a man’s body fell out of the trunk during an accident on the 24th km of the St. Petersburg-Sortavala highway. This was announced on Sunday, November 21, by Telegram channel 112.

Law enforcement officers found the body of a 50-year-old man with signs of violent death near a Mitsubishi Galant, which crashed into a pole. After the accident, several people ran out of the car and disappeared into the forest, eyewitnesses said.

When inspecting the car, two shovels and a rope were found. According to preliminary data, the attackers went to bury the body in the forest.

It is noted that a murder case was initiated on this fact. The circumstances of the incident are being established.

According to a REN TV source, the car that got into the accident belongs to a 57-year-old resident of the Orenburg region. Currently, three suspects have been detained.

Earlier, on November 19, in a car parked on Marshal Timoshenko Street in Moscow, the body of a man with no signs of life was found. The 35-year-old businessman A. Potapov turned out to be dead. His corpse lay in the back seat of a Porsche.