” The bomb that came out of the gun; What good is a web site if it simply “blends in” with everything else out there? 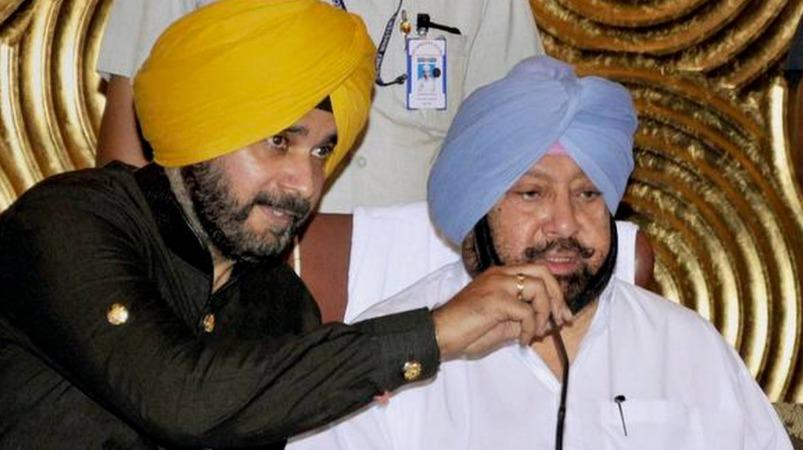 Amarinder Singh was the bomber who dropped the gun, which was of no use to the state of Punjab. President of Congress Sidhu Has criticized.

Withdrew from the Congress party Amarinder Singh He met Union Home Minister Amit Shah in Delhi last month. This led to various speculations in the political arena. It was rumored that Amarinder was going to join the BJP. But with Amit Shah on the Punjab border issue Amarinder Singh Interpreted as spoken. At this stage Amarinder Singh Met with reporters today. Then he said:

Tomorrow we will take some with us to Delhi. Up to 30 people will be on the group. We will meet Home Minister Amit Shah on the issue of farmers. We will discuss in detail the three agricultural laws. I am not saying alliance with BJP. I just said let’s share the volumes.

Sidhu knows nothing. Talks a lot but no brain. Sidhu As mentioned I did not speak to Amit Shah. But I will speak. I want to form a strong alliance against the Congress, the Akali Dal and the Aam Aadmi Party. Let us unite to defeat these parties.

We will contest in all 117 constituencies if possible, otherwise we will only do block allocation in some places. As far as Navjot Singh Sidhu is concerned we will contest against him wherever he contests.

Yes, I am starting the party from scratch. My lawyers are working on it. But the name cannot be said now, I will say it once it is approved by the Election Commission. We also demand the logo. We will announce the name and logo of the party later.

Following this, Amrinder Singh was harshly criticized by the state of Punjab President of Congress Sidhu Strictly posted on his Twitter page. In it he says:

“Amarinder Singh is a bomber who came out of a gun. Thus there is no benefit to the state of Punjab. Amarinder is a former chief minister of Punjab who sold the welfare of the state to protect his body skin. He is the loyal chief minister under the control of the Central Enforcement Directorate. You were the negative force that hindered the justice and development of Punjab